The government has announced it will help provide financial assistance to the industry as it transitions to the mandatory addition of folic acid in bread, a move that will cost $1.6m.

Bakers will have two years to start adding the B vitamin to their non-organic bread-making wheat flour, which the government said would help prevent neural tube defects like spina bifida.

The government said it would help the industry transition by providing financial support for the purchase and installation of the necessary equipment.

Food safety minister Dr Ayesha Verrall said organic and non-wheat flour would be exempt from fortification, providing a choice for consumers who did not want to consume folic acid.

“This is about protecting babies,” she said.

“Low folate levels in mothers cause neural tube defects that result in the death of babies, or life-long disability.” 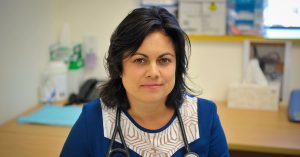 Verrall said a review by the Ministry for Primary Industries estimated fortifying all non-organic wheat flour for making bread could prevent between 162 and 240 neural tube defects over 30 years. That could save health, education, and productivity costs of between $25m-$47.4m over the same period.

New Zealand’s rate of neural tube defects was considered high compared to countries that took a mandatory fortification approach, such as Australia, Canada, and the United States. In Australia, neural tube defect rates fell by 14% following the introduction of mandatory folic acid fortification. Less than half of packaged bread in New Zealand is believed to have folic acid.

“This B vitamin is safe and essential for health, particularly for the development of babies early in pregnancy,” Verrall said.

“Folate is naturally present in food. Folic acid fortification restores what is lost during processing such as flour milling.”

A 2018 report from the prime minister’s chief science advisor and the Royal Society Te Apārangi found no evidence that folic acid, when fortified in food, had any harmful effects. The Health Benefits and Risks of Folic Acid Fortification of Food report is available here.

FHA Match: Hospitality will officially close on 24 November at 10pm (UTC+8) but fret not, you may continue to build new connections and organise meetings with prospects…