Pledging to reduce the average level of added sugars in its beverage portfolio by 25 percent by 2025 and 50 percent by 2030, PepsiCo is scaling up its healthy snacks and beverage portfolio across Europe. Snacks will also get a make-over with popped corn snacks proving popular, while new green tea options will be available, as well as other sugar-reduced beverages featuring new flavours.

Healthier snacks are poised to be the company’s fastest-growing food category over the next four years, with an ambition to expand this to a US$1 billion portfolio by 2030. The new goals will be achieved by reformulating existing products, including Lay’s Oven Baked, to more markets and introducing new snacking ranges such as PopWorks.

“In Europe, we have accelerated a transition to sugar-free over the past decade, and now almost one in three beverages we sell is sugar-free. This started originally in the UK when we made a bold decision back in 2006 to only advertise no sugar cola. All our advertising money since then has gone on Pepsi Max. We felt this was a great opportunity to focus on a product which tasted great – as good as regular cola – but had no sugar.”

A voluntary commitment by the company, which involves a series of commitments based on rigorous science-based nutrition guidelines, will be submitted to the European Commission as a part of its Code of Conduct for Responsible Business and Marketing Practices. 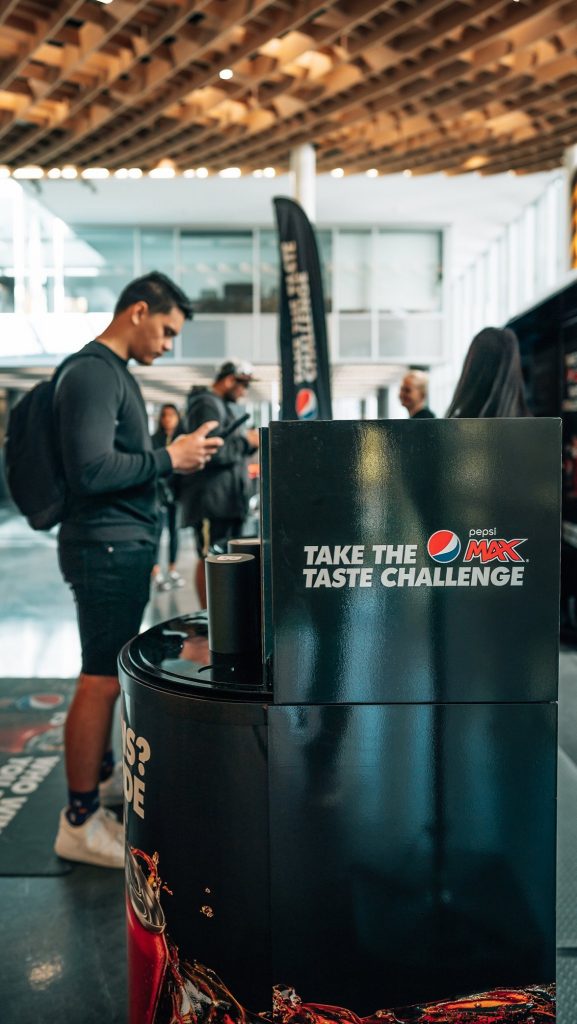 The Pepsi MAX taste challenge has been one way PepsiCo has championed sugar-free beverages over the past few years.

PepsiCo Europe also wants to diversify its snack portfolio to include greater healthier options. It aims to increase sales of snacks rated B or better in the widely used Nutri-Score nutrition labelling system. This nutritional label evaluates the overall nutritional quality of food based on a five-colour-coded scale going from A to E.

The new commitments build on PepsiCo’s progress globally over the past decade to reduce added sugars in beverages and sodium and saturated fat in foods, introduce smaller portion sizes, and create existing brands with improved nutritional profiles, like Pepsi MAX, 7UP Free and Lay’s Oven Baked.

“PepsiCo aims to provide consumers with nutritious and great-tasting food and beverages that are convenient and meet their lifestyle needs,” concluded Quigley.

“These commitments in Europe build on progress PepsiCo has already made globally over the past decade to reduce added sugars in beverages and sodium and saturated fat in foods.”

It has also stepped up its goals to tackle climate change, committing to net-zero by 2040 and a 40 percent reduction in greenhouse gas emissions (GHGs) by 2030 while also scaling regenerative agriculture across its entire agricultural footprint GHGs by three million tons by 2030.

Premier Beehive NZ have added three new snacking SKU’s to its smallgoods’ portfolio with the launch of Stackers. Stackers are a delicious trio combination…