The results are in! The Butcher's Son hosted the 4th annual Vegan Sausage Awards today with celebrity judge Mike McRoberts, the vegan news anchor. This year's Supreme Winner was Plan*t Sage and Onion, which McRoberts noted “had an edge, a level of sophistication. It can be be eaten in many different ways: Breakfast, BBQ etc. The sage flavour and the sweetness of onion makes it a joy!”

It's no wonder that New Zealand is 4th in the world for Google search results about vegan when there are so many great vegan products to be found in the supermarket. This year's sausage winners are no exception to the rule and supermarkets continue to report increased sales of plant-based food products. 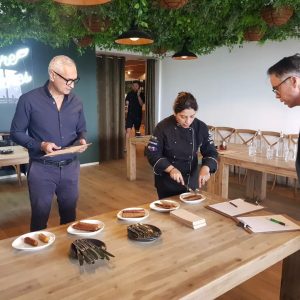 This year's judges were Aaron Pucci, Food and Beverage Industry award judge, Jasbir Kaur, President of NZ Chef Association, Auckland, Augustine Kopa, Pasifika Cookalong Chef and the aforementioned Mike McRoberts. They were delighted with the array of offerings for the Awards and amongst the 40 entries, they finally chose the winners as below:

Judges said; “Good colour but could be stronger. Good looking with caramelisation of casing gives a wow factor. Paprika flavours well with baked beans. Good level of spice for breakfast.”

Judges said; “Good flavour and colour. It outdid the traditional hot dog. Had an edge.” 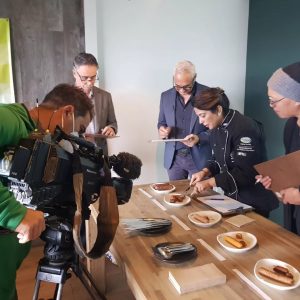 Judges said; “Both did an amazing job and were a very close comparison. Great texture and flavour to both. Pastry was good, brilliant appearance.”

Runner up: The Vegetarian Butcher- Chorizo