Service Foods has added another business to the fold, snapping up Wellington’s Randwick Meats in a deal valued at more than $15m. 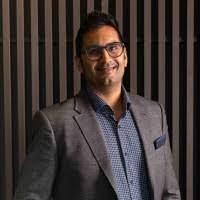 The Balar family-owned company has bought the wholesale meat, poultry, small goods and frozen seafood supplier from Raymond and Louise Fleetwood, who have been running the business for more than 30 years.

Managing director Aneil Balar said the purchase gave Service Foods a butchery added-value option in Wellington similar to what it has in its longstanding markets of Christchurch and Auckland.

The deal also added between 500 and 600 clients to its network in and around the capital, which was relatively new territory for the wholesaler that was founded in Christchurch around 28 years ago.

He said the Trentham scheme would likely be completed at the end of 2022, or early 2023.

The deal was funded with a mixture of debt and equity and all Randwick Meats staff would join the new owner, adding 35 staff to Service Foods headcount of around 600 across the country.

Service Foods is the second-largest wholesaler in New Zealand after multinational Bidfood, although drops to third when Foodstuffs-controlled Gilmours and Trents were combined.

It has been undertaking M&A to add to its footprint for a couple of decades having bought up at least 20 small and medium-sized operations, including Stone Cold Distributors in Wellington, Auckland’s New Zealand Wholesale Seafoods, and Christchurch’s Independent Meat Processors.