According to a study of 25 corporations, some of the world’s biggest F&B companies are failing to meet their own targets on tackling climate change.

A report from the New Climate Institute found that the offending firms, including FMCG giants Unilever and Nestlé, retailers Walmart and Carrefour and meat processor JBS have routinely exaggerated or misreported their progress.

It looked at firms’ publicly stated strategies to reduce greenhouse-gas emissions in order to reach net zero. Companies set their own targets and the study gave each firm an ‘integrity’ rating. 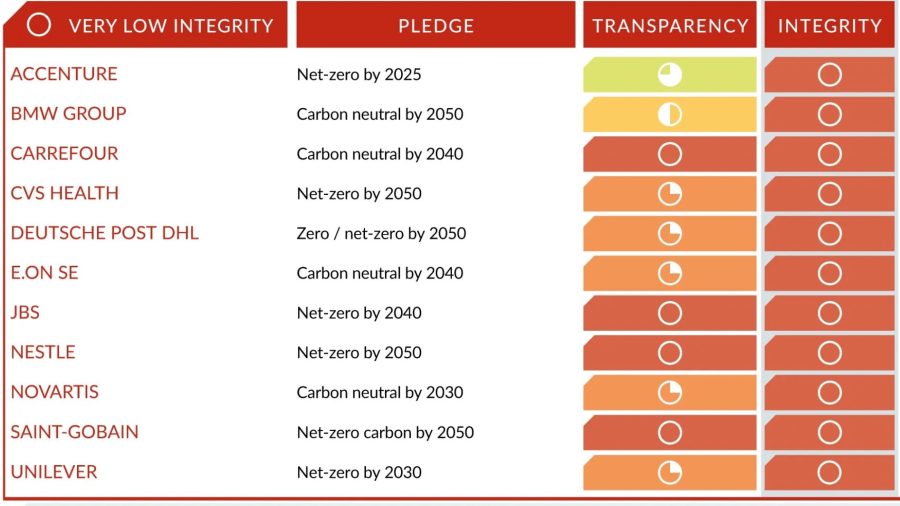 For example, Nestlé promised to halve its greenhouse gas emissions by 2030, and reach net zero by 2050, while Unilever has earmarked 2039 for net zero emissions. The study found that some were doing relatively well in reducing emissions but that all corporations could improve, with Nestlé and Unilever attracting a “very low” integrity rating.

None of the 25 companies was given a rating of “high integrity”.

“The rapid acceleration of corporate climate pledges, combined with the fragmentation of approaches, means that it is more difficult than ever to distinguish between real climate leadership and unsubstantiated,” the study said.

A number of the companies, including Nestlé, have stated that they disagreed with some of the methods used in the report and said they were committed to taking action to curb climate change.

“We welcome scrutiny of our actions and commitments on climate change. However, the New Climate Institute’s Corporate Climate Responsibility Monitor (CCRM) report lacks understanding of our approach and contains significant inaccuracies,” Nestlé said.

Study author Thomas Day said his team originally wanted to discover good practices in the corporate world, but they were “frankly surprised and disappointed at the overall integrity of the companies’ claims”.

McCain is giving Kiwi consumers plenty to smile about with the return of its much-loved snack – SMILES. Its new and improved Mini Smiles…