The Environmental Protection Authority's (EPA) recommendation to ban a widely used spray could have significant repercussions in the kiwifruit industry.

The EPA has proposed banning the use of a spray widely used in orchards. But without it, it could cost the sector hundreds of millions of dollars a year.

Whetu Rolleston has spent her whole life in her family's kiwifruit orchard, and like 90 percent of conventional growers, her operations include spraying the crop with hydrogen cyanamide, or 'Hi-Cane'. 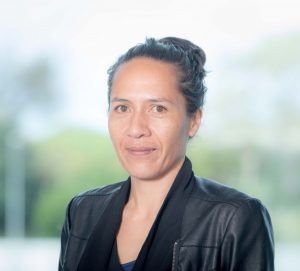 The chemical synchronises the kiwifruit to grow at the same time.

The climate where kiwifruit is grown, particularly in the north of the country, doesn't have enough frost, so the chemical initiates flowering, said EPA general manager Dr Chris Hill.

But the EPA has recommended the chemical be phased out and banned.

Hill said research has shown the chemical could have toxic effects on human reproductive systems and the thyroid, as well as impacts on flora, fauna and particular birds.

Hi-Cane is already banned in Europe and is being reviewed in the US. But reports have shown banning the spray could have a serious economic impact on the industry in New Zealand, said New Zealand Kiwifruit Growers Inc (NZKGI) CEO Colin Bond.

Strict measures are already in place to reduce the risk of Hi-Cane, such as wearing full PPE when spraying, and Rolleston employs spray contractors who must meet the protocols of its use, she said.

The EPA said the recommendation is still in the draft stages, and people could submit whether they thought safety protocols could be tightened.

Hill said that would be included in the overall assessment and could sway the overall recommendations.

You can submit your views here.

Move over cronuts, cruffins and chounuts – 2021 is the year of the ‘dough-scuit’! The baking masterminds at Arnott’s have joined forces with the…