As the Ukraine war grinds on, Russia’s president Vladimir Putin has turned to a new tactic — trying to blackmail the world with food.

Putin is using the threat of starvation in import-dependent developing nations as a tactic to demand the easing of sanctions by blockading Ukraine’s Black Sea ports and thereby stopping the export of the country’s prodigious grain harvest to world markets.

A new report by Mark Lynas for the pro-science environmental group RePlanet, has listed the top five ways to free up food and face down Putin.

The first and most important thing is to demand that Putin lift the blockade, so that Ukraine’s grain can be exported.

“Right now, Ukraine’s grain silos are full. At the same time, 44 million people around the world are marching towards starvation. We must open up these ports so that food can move in and out of Ukraine,” said the World Food Programme’s director David Beasley.

Using starvation as a military tactic is a war crime, and the whole world must condemn it and mobilise to insist that Putin allows the ports to open. 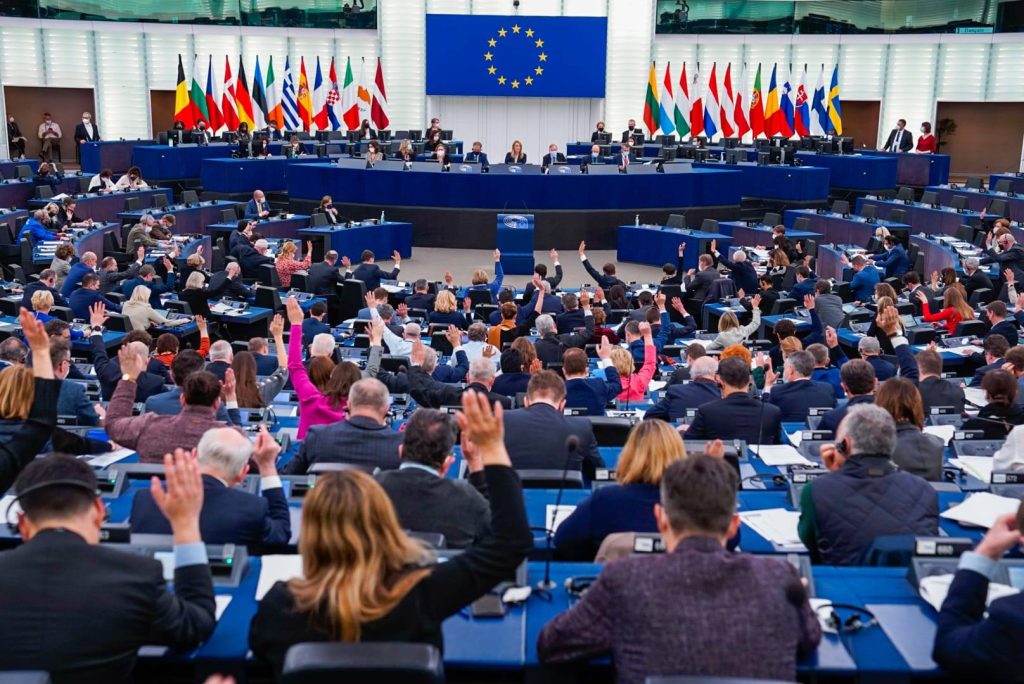 According to recent figures, Europe burns the equivalent of 15 million loaves of bread every day to power its cars through the use of wheat as a feedstock for liquid biofuels.

These fuels were originally supposed to be “renewable” and low-carbon, but evidence now suggests their climate impact could even be worse than fossil fuels. RePlanet calculated that about a fifth (20 percent) of total Ukraine wheat exports could be substituted by the ending the diversion of European wheat to ethanol for cars and trucks.

This is food that could be feeding the Global South, and yet is being burned up by rich Europeans in their SUVs. This can and should stop immediately, as the leaders of the UK and Germany both now demand.

Less than a third of Europe’s cereals are directly eaten by humans. Most of the rest goes into animal feeds.

With alternative proteins and precision fermentation, the world is moving away from this inefficient use of resources. Shifting to plant-based diets can improve health and spare huge amounts of land and food. According to RePlanet, if the average European reduced their meat consumption by half, 80 million tonnes of grains would be spared, far more than the 55 million tonnes of Ukraine’s pre-war grain exports.

Lift the Bans on Genetics in Crop Breeding

Europe’s unscientific bans on transgenics and gene editing technologies in crops have led to a heavy toll in lost productivity. This means more food and feed used in Europe must be imported from elsewhere, raising commodity prices and putting food out of reach of the world’s poorest people.

A global meta-analysis has shown that the average yield benefits of just the first generation of genetically engineered crops were 22 percent, with the benefits strongest in developing countries. If a yield gain of just 20 percent were applied to Europe’s grain production, that would increase harvests by 55 million tonnes, exactly equivalent to Ukraine’s pre-war exports. Cancel the Shift to Organic

The EU’s new Farm to Fork strategy mandates that 25 percent of Europe’s farmland should be under organic farming by 2030 (the current extent is 7.5 percent). This may indeed be better for on-farm wildlife due to the reduction in synthetic fertilisers and pesticides. But without fertiliser and reliable measures to reduce pest infestations, organic farms suffer big productivity losses, on average by about 40 percent compared to conventional.

Because food must come from somewhere, this means more organic will raise imports, putting upward pressure on prices and leading to land clearance and biodiversity loss elsewhere.  For all cereals combined, we calculate a shift to 25 percent organic production would reduce grain output in Europe by 20 million tonnes.

Putting all these measures together could easily account for more grain than the exports of Ukraine and Russia combined. If the United States and Brazil also adopted these approaches the world would have a massive food surplus and be able to spare large areas of land for rewilding and carbon sequestration.

However, if Europe continues to move away from scientific evidence in its policy choices on food and farming, the result will be worse for the climate, for biodiversity, and the world’s poor. It will also hamper any efforts to stand up to Russian aggression in Ukraine without risking large-scale famine in the world’s poorest countries. Europe can and must do better.

Salt and pepper have been used to season food for centuries. But did you know that we have a bush pepper right here in…