Bananas are the second most common tropical fruit consumed globally, with approximately 119.83 million tons produced worldwide, comprising 16 percent of world fruit production. But with a lot of consumption comes a lot of waste.

Most of the waste produced from banana consumption comes from the peel, which makes up 30 to 40 percent of the weight, resulting in approximately 3.5 million tons of banana peel waste per year. Banana peel waste contains carbon-rich organic compounds that can take up to two years to decompose and biodegrade, creating odour and producing excessive emissions of greenhouse gases that contribute to climate change.

One of the reasons that bananas produce so much waste is due to the misconception that their peels are inedible and not useful. Banana peels are in fact delicious when prepared correctly, and even more importantly, they are healthy with a great deal of potential to be used as functional ingredients in food products.

Keeping peels to consume as food, not only cuts down on waste and reduces GHG emissions but also increases the nutrient density of the entire fruit.

And people are catching on. According to food and beverage analytics company, Spoonshot, google searches for the term ‘peel as food’ have experienced significant growth in the last few years, with the number of hits tripling since 2015.

Here's what some innovators around the world are doing with banana peels: 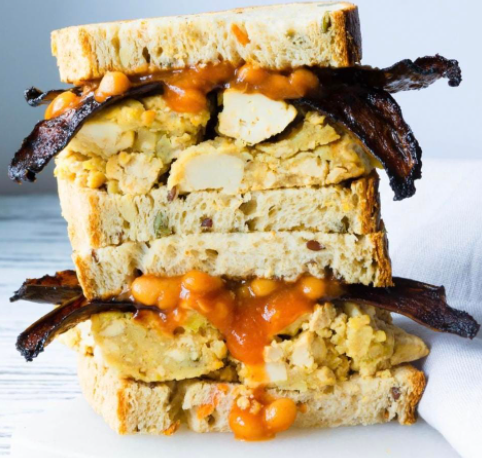 Banana Business is a Dutch startup combating food waste by making food products made from banana peels, such as “pulled peel,” a plant-based alternative to pulled pork. Banana Business’ peels are processed in their secret spice mix and turned into tasty fillings for wraps, salads, and other dishes. 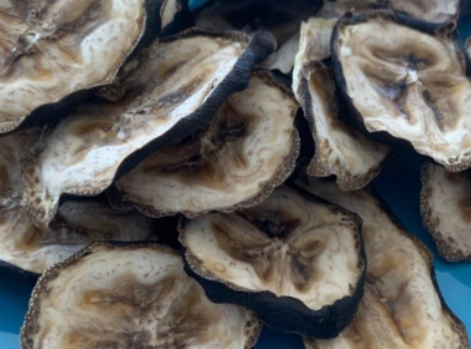 Dried bananas with the skin on by Dope Dry Munchies

Dope Dry Munchies in San Antonio Texas is a dehydrated fruit snacks retailer with a twist. Most of these fruit snacks, which include kiwis, strawberries, pears and pineapples, have the skin on them— including the bananas. And according to reviewers, they are delicious. 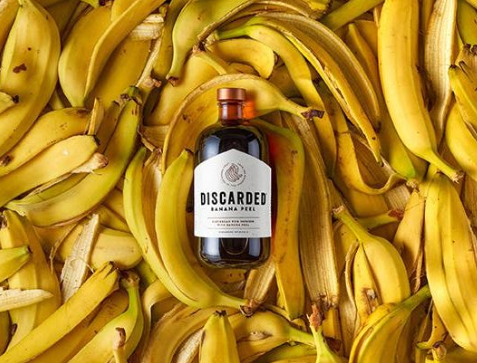 William Grant & Sons’ Discarded Spirits in the UK uses ingredients that would otherwise go to waste. Its Banana Peel Rum is a fruity sweet Caribbean rum matured in whiskey casks, that has been infused with banana peels for two weeks. The banana peels originate from a flavour house that uses the fruit but would have otherwise disposed of the peels. The Banana Peel Rum won two categories in the 2020 World Beverage Innovation Awards 2020. 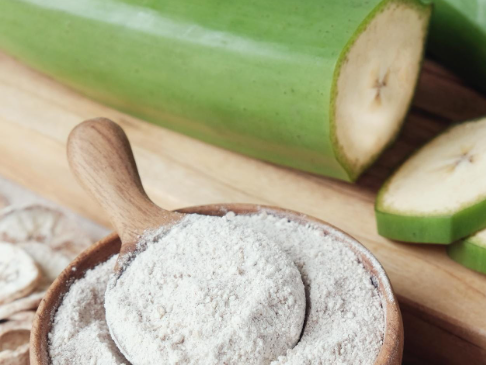 With the wheat shortages of the past two years and the consequent increase in wheat prices that has been compounded by the Russia-Ukraine conflict, banana peel flour might just be the perfect alternative to wheat flour. A 2012 study found that bread made from banana peel flour had a higher dietary fibre content than bread made of wholemeal flour. This can be used to make breads, pastas, and desserts.

IFF is to complete the previously announced merger of IFF and Dupont’s Nutrition & Biosciences (N&B) business. The combined company will continue to operate…