While strawberry is a favourite flavour with consumers, producing wild strawberry flavour is a lofty goal. With a complex aroma and flavour and relatively rare occurrence in nature, wild strawberries are expensive and not as accessible as their cultured counterparts. So, the fact that scientists have recently discovered a method that creates a wild strawberry–like flavour and solves a food waste problem at the same time could be a significant achievement.

Researchers at Justus-Liebig University in Giessen, Germany, have produced a wild strawberry-like flavour by using brown-rot fungi (Wolfiporia cocos) to ferment European black currant pomace. A by-product of fruit juice production, pomace is usually discarded, but it is rich in nutrients, fatty acids, and flavonoids.

The scientists grew 23 fungi, which were cultivated in the dark at 24°C for up to two weeks, with sensory analysis performed at five intervals.

“The fungi grew, and every day or every second day, we just used our noses to screen what happened,” explained research co-author Holger Zorn, a professor at the University’s Institute of Food Chemistry and Food Biotechnology.

“After having identified this pleasant aroma, we optimized the culture period and then went into highly sophisticated flavour analysis.” 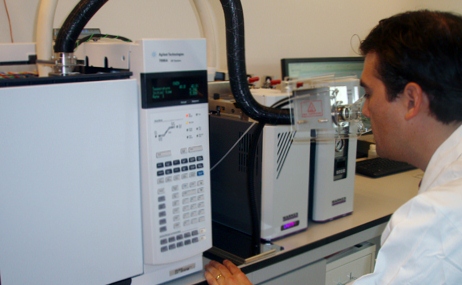 “This combination of the sidestream with the fungus was the most interesting one. That’s the reason we further worked on that, but the aim was not—to be honest—to produce the wild strawberry-type flavour.”

For chemical analysis and aroma assessment, the researchers used GC MS-O olfactometry, a gas chromatograph with a mass spectrometer, which splits the carrier gas into two signals: the chemical detection system signal and the odour impression. A PhD student seated at a “sniffing port” assessed the odour. To better gauge which smelling compounds contributed to the overall flavour, the team developed a new method called aroma dilution analysis. The method uses a stream of nitrogen to blow the flavours out of the material and onto a polymer absorber, which is heated up, Zorn explains. The heat releases the flavours into the code injection system. This process provides a high level of separation of flavour compounds. 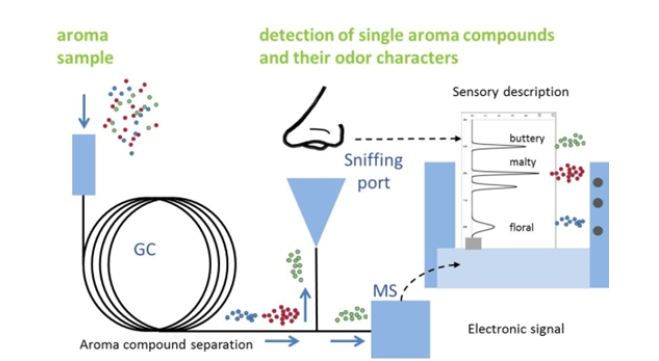 Collecting flavours from surface cultures to industrial levels is another challenge, said Zorn.

“What we have done so far is an analytical study, so we just determine the flavour. It’s a more difficult task to isolate it in preparative amounts.”

He and his colleagues are now working on a method to transfer their system into liquid cultures because those are much easier to scale up to large volumes. However, initial tests have not quite replicated the wild strawberry aroma.

“So far, the aroma is not identical to that [which] we generate in surface and liquid cultures, which is also an interesting phenomenon,” Zorn observed, adding that they are comparing the two to try and better understand what is causing the differences.

There is potential commercial value for this method, according to Zorn, because these compounds may be labelled as natural flavours since they are produced by a natural fungus from a natural starting material (although that would, of course, depend on local regulations). Natural flavour costs range between $1,000 and $10,000 per kilogram of material while synthetics are much cheaper.

The biochemistry that can create flavours from fungus is fascinating because it’s not something that is known (so far) to occur independently in nature, noted Zorn.

“The fact itself that you have the fungus growing on peels and seeds of something and it produces such wonderful flavour compounds is really amazing as a phenomenon.”