A group of apiarists in Southland is using the COVID-19 detection method to fight a disease killing bees.

Project CleanHive was launched three years ago by a group of Southern beekeepers to find a better way of detecting the American Foulbrood disease in their apiaries. As the project nears its end, assistant project manager John Scandrett believes the group's new tool has the potential to wipe out the disease in the South. 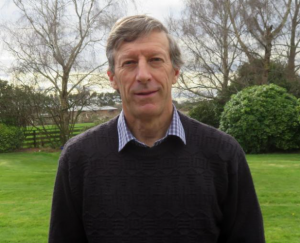 Early detection of the disease is essential because apiary management and interchanging of hive components could spread the disease to healthy colonies.

As part of the project, quantitative polymerase chain reaction (qPCR) technology was introduced to detect the DNA of the disease. This is the same method of detecting infection used in COVID-19 testing.

Over the last three years, swabs from 850 hives were taken from 50 apiaries south of Oamaru. Spores of the disease are invisible to the naked eye until it becomes a mature infection.

This new method allows beekeepers to detect spores early on so the hive can be managed rather than getting to the point of being destroyed. With this data, beekeepers must now learn how to interpret it to determine whether a hive is safe, requires management, or needs to be destroyed.

A beekeeper is also required to know the history of a hive to interpret test results. For example, a new hive might not contain spores, but the bees inside might, and vice versa with an old hive and new bees.

qPCR is quicker, easier, cheaper and more sensitive than the previously used test of germinating spores on an agar plate.

More hives are being checked in less time. One group member swabbed more than 260 hives in one day using the new technology.

However, Scandrett stresses this technology is not a replacement for inspection.

The qPCR technology will allow potential buyers to swab hives before purchase. Scandrett recounted someone he knew having to burn more than 100 hives after purchasing an infected hive.

It could also protect international markets, such as China which refuses to import honey containing spores of the disease, by swabbing hives before harvesting honey.

Fonterra has announced it will proceed with a shareholder vote on the change to the Co-operative’s capital structure, which would give farmers greater financial…