Contact Energy and Meridian Energy are seeking registrations of interest to develop the world’s largest green hydrogen plant. According to a new McKinsey & Co report, the plant has the potential to earn hundreds of millions in export revenue and help decarbonise economies both here and overseas.

Green hydrogen is regarded as the most promising energy source to decarbonise sectors such as heavy transportation and industrial processes that currently rely on fossil fuels. It is produced by using renewable electricity to split water into hydrogen and oxygen.

The McKinsey & Co report was commissioned by Meridian and Contact, who are investigating the use of renewable energy in Southland to produce green hydrogen at scale, once the supply agreement with New Zealand Aluminium Smelters finishes at the end of 2024.

More than NZ$200 billion has already been committed by governments and the private sector around the world to support the development of hydrogen economies. The report estimates global demand could increase more than sevenfold, to 553 million tonnes by 2050. Southland has the potential to be at the forefront of this growth opportunity.

“Our renewable energy gives us a valuable head start and competitive edge as markets for green hydrogen develop.  Early, large-scale production will allow us to build a domestic hydrogen supply chain and kickstart demand around the country.” 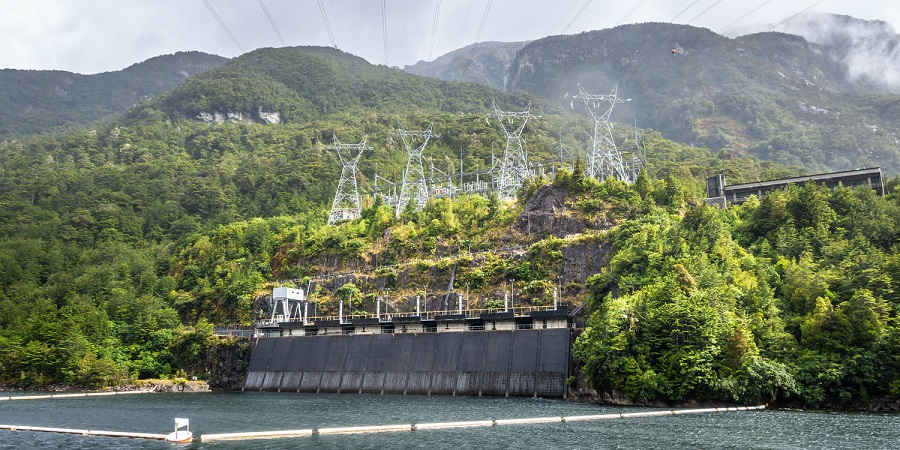 Renewable energy from Manapōuri power station (above) could be used to produce green hydrogen.

Economic benefits outlined in the report for a 600 MW green hydrogen export facility include a one-off addition of up to $800 million to New Zealand’s GDP and the creation of thousands of jobs in construction as well as up to $450 million and hundreds of additional jobs on an ongoing basis.

“This can be achieved by reducing hydrogen production when the country’s hydro lakes are running low, allowing electricity to flow back into the national grid to support local homes and businesses,” he continued.

“In this mode of operation, green hydrogen could solve up to 40 per cent of New Zealand’s ‘dry year’ problem. This flexibility would see hydro generation replace coal and gas-fired generation and reduce carbon emissions.  Given the low lake levels over the past six months, if this plant had been available this year it could have been used to avoid up to one million tonnes of carbon emissions.”

The Southern Green Hydrogen feasibility study is ongoing, with two further reports being produced later in 2021.

Award-winning Kiwi drinks company, Batchwell, has launched a public capital offer of up to NZ$1m through online investment platform, Snowball Effect, to fund its…