Launched in 2020, PepsiCo’s Cheetos brand and global music superstar Bad Bunny have extended their ‘Deja tu Huella’ (‘leave your mark’) partnership that celebrates the impact that Hispanic culture has made on society. 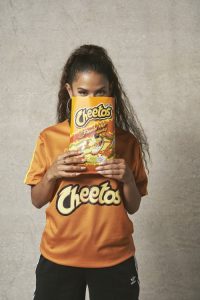 Chester Cheetah, the popular potato chip brand’s mascot, is teaming up with Bad Bunny to take the campaign to the next level with an exclusive fashion collaboration with adidas and the Deja tu Huella Estudiante Fund which will award $500,000 to Hispanic students in the US and Puerto Rico.

In Latino culture, the phrase deja tu huella embraces the action of pushing boundaries with your unique individuality. With this sentiment as the inspiration, Cheetos built a multi-platform initiative designed to rally the next generation to leave their mark on culture, whether through music, fashion, entertainment or more.

Already faced with numerous challenges, the pandemic has inflicted a staggering toll on the Hispanic community in the U.S and the campaign is aligned with PepsiCo’s wider push to uplift Hispanic college students. 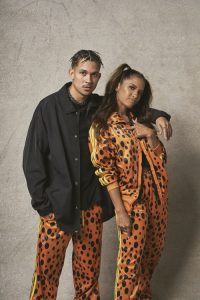 Earlier this year, PepsiCo announced a $40m investment in a scholarship and professional mentoring programme to support students over five years.

“We’ve seen how our fans have left their mark on the world and recognise the influence the Hispanic community has had on mainstream culture,” noted Jessica Spaulding, senior director of marketing, Frito-Lay, North America.

“Cheetos has long been a brand that celebrates all forms of self-expression, so we’re proud to team up once again with an icon life Bad Bunny to help the next generation deja tu huella.”

The extremely limited adidas leisurewear collection brings Bad Bunny’s signature style together with Chester’s iconic orange-themed look and in true mischievous fashion, Cheetos is giving fans living in the U.S and Puerto Rico the chance to get early access to the exclusive items before they're officially available in August.