In an effort to counter current global economic pressure and supply chain volatility, those in the food and beverage sector are looking towards circular food solutions, upcycled ingredients and local production.

“For the first time in decades we are realising international trade is not a given any more,” Bühler Group CEO Stefan Schelber said at the supplier’s Networking Days event at its headquarters in Uzwil, Switzerland.

Supply chain disruption caused by Covid and the war in Ukraine are, among other things, creating a pull back of globalisation which we’ve taken for granted, Scheiber warned.

At the event, Bühler unveiled a joint venture with CN & Partners to create Circular Food Solutions Switzerland, a new company which will produce an ingredient intended for use in meat alternatives based on upcycled spent grain from Switzerland.

Upcycling, a process by which by-products and waste materials are transformed into new materials or products that have greater value, is the “holy grail of the circular economy”, the venture announced.

In the beer brewing process, the starch of the barley malt is used to produce beer and the leftover is known as spent grain. Traditionally this is used as feed for animals, but much of the nutritious part of the grain remains in this spent grain.

The company, which expects to start operations by summer 2023, will first source barley from around 150 Swiss farmers. It will sell that to local brewers, then buy back the spent grain to produce a plant-based meat substitute ingredient. It will also buy back any remaining spent grain to use as biochar to return to the fields where the barley is grown, reducing fertiliser use by up to half. 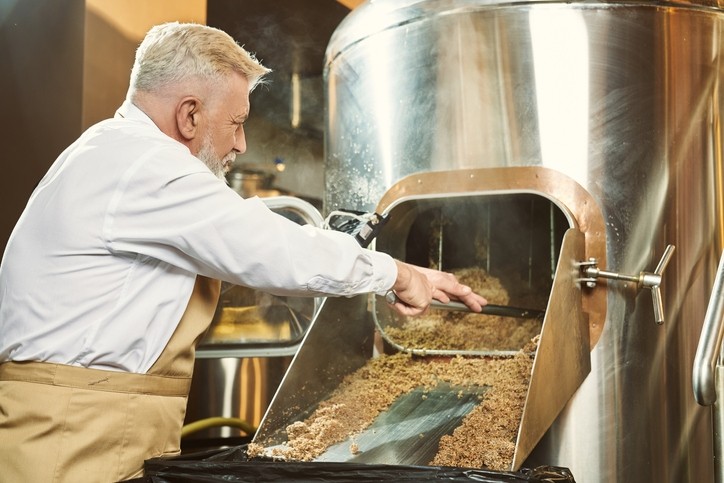 “I believe that local production is a key element for all the problems we’re seeing,” said Swiss entrepreneur Christoph Nyfeler, owner of CN & Partners.

“By providing malt to the local brewers and buying back the spent grains we can eliminate one of the key problems for local production inside and outside Switzerland. We can eliminate the cost factor. Yes, local production is more expensive, but if I have an opportunity to but the waste back at an acceptable rate, I can give an economic benefit to the brewers.”

These types of solutions appear to be popular with consumers too. Launches of food and beverages containing upcycled ingredients rose by compound annual growth rate of 122 percent in the five years to 2021, according to a report from Innova Market Insights. This figure was higher than products using recycled plastic in packaging (59 percent) and those carrying carbon-emissions claims (47 percent).

Nearly half of consumers surveyed by Innova added they are actively trying to cut food waste, with 62 percent saying they are willing to pay more for food and beverage products that are dedicated to stopping food waste.

Is Climate Action Affordable During a Cost-of-Living Crisis?

Inflation is obviously another huge pressure impacting manufacturers and consumers. Some commentators have suggested sustainability goals should take a back seat to the face of food price fears and tellingly, in a recent UK survey, the cost-of-living crisis has overtaken climate change as a leading concern among Millennials and Gen Z for the first time.

Peter Bakker, president and CEO at the World Business Council for Sustainable Development - which wants to minimise the environmental footprint of the global food system – noted that the cost-of-living crisis is actually an opportunity to futureproof the food sector.

“The more climate sustainable you can make the food system, the lower the energy bill in that system will be. So, it could actually serve as an accelerator to reduce energy emissions in the system and that’s where I think the focus should be,” he said.

“This is not the time to start taxing meat or other elements that are intense in emission because in a time of inflation people are having difficulty enough paying their bills. We want to change the supply chains to drive costs out while making it more sustainable, it’s a longer-term gain.”

Finance Minister Grant Robertson has warned that while New Zealand exports are getting out to the world, supply chain issues will continue to affect…