Nelson-based Eddyline Brewery has said it will be the first craft brewer in New Zealand to capture and reuse carbon dioxide emissions in the production of its beer.

A significant investment in the US-based firm Earthly Labs’ CiCi® small scale carbon capture technology will see the brewery capture and refine its waste CO₂, to be reused in its brewing and packaging processes.

Having been commercially brewing for nearly 20 years, Eddyline has sought to keep its environmental footprint as small as possible and the technology investment is an important part of their sustainability focus. 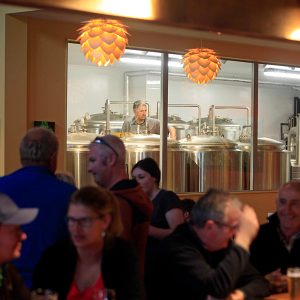 CO₂ is critical to the brewing industry and many breweries find it shameful to produce CO₂ that is usable and yet being wasted into the environment. Recapturing the gas is better for the planet and creates great beer too.

Eddyline had been looking for a carbon capture solution for several years and had begun the process of designing their own system until learning about Earthly Labs’ recapturing unit. This, alongside the brewery’s centrifuge processes to reduce water waste, and soon-to-be installed solar panels will ensure the business’ carbon footprint is as minimal as possible.

Earthly Labs technology is already utilised by craft breweries, wineries and distilleries across North America. Earthly Labs was founded in 2016 with a vision to affordably capture one billion metric tonnes of CO₂ from small scale emission sources. Their CiCi technology transforms a mixed gas waste stream to a reusable format while reducing greenhouse gas emissions.

Eddyline will be able to capture more than 10,000 kilograms of carbon dioxide in 2023, showcasing itself as an example of how small businesses can tackle the climate change challenge with practical solutions.

Digital transformation could create up to NZ$46.6billion in annual economic value by 2030, according to a new report commissioned by Google New Zealand. This…