A new tool being developed by the National Institute of Water and Atmospheric Research (NIWA) to forecast drought and dry conditions could help growers and farmers be better prepared.

NIWA meteorologist, Ben Noll, said scientists will use a weather model released in the United States in 2020 and refine it for New Zealand’s complex terrain. It will involve some “data science and deep learning” to understand the New Zealand context. 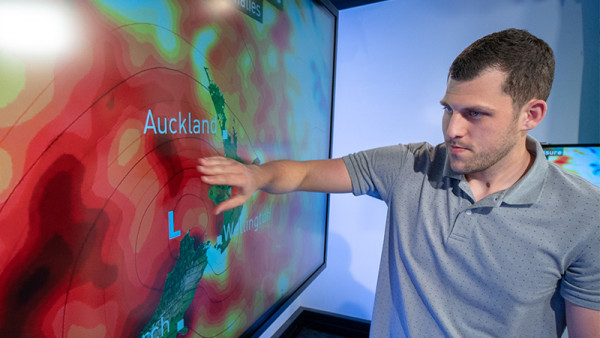 Initially it will be developed to forecast 35 days ahead and then it will be extended to three and later, six months, as researchers try to push predictions further out.

“We are trying to determine if a drought is likely,” explained Noll.

“Whether or not drought has a higher probability in the next two seasons.”

The new forecast tool will sit alongside the New Zealand Drought Index which was developed and launched in 2017. It measures the current status of drought across the country and measures the duration and intensity of recent dryness. In other words, it is an observation of drought once it has happened.

NIWA also provides seasonal climate outlooks each month that look to as many as three months ahead, but they are not drought specific. The new tool will try and foresee the potential for dryness and drought and therefore limit the risk of being caught out by drought.

Until now, New Zealand meteorology has been using a climate model with a 100km resolution which describes the distance between nodes on a grid. That will move progressively toward a resolution of five kilometres, providing more detail for locations around New Zealand.

Noll noted that New Zealand has many regions where mountains closely border productive land – such as Tasman – where current forecasting struggles to predict weather. Increasing the resolution will increase the ability to forecast within a region.

Past models looked at weather patterns such as El Niño and La Niña to predict seasons, whereas this new model will take that information plus more data and techniques to better predict what lies ahead.

Noll said there is huge potential to improve the accuracy of the modelling and then push it out to the broader public through the web.

“The goal is to push the science as far as we can with current meteorology.”

The new forecasting tool will be available on the NIWA website at the end of 2023 and will supplement other tools used by growers and farmers. Noll hopes it will add more certainty to their planning, such as timing for crop harvests.

“There is going to be another summer like the one in 2019–20 and there will be more weather events with increasing frequency,” he concluded.

“So, to have all our ducks in a row now will set New Zealand up as a nation to cope with those events.”

Jacinda Ardern has announced that New Zealand will stay in Level 4 lockdown until at least Wednesday. She said it was too soon to…