After footage showing dozens of pigs apparently suffering from heat stress on arrival at an abattoir was released on social media, an investigation is under way.

The video, filmed by Aucklander Deno Stock​, shows a livestock truck and trailer arriving at Affco’s Castlecliff processing plant in Whanganui on January 4. Dozens of pigs can be seen lying close together and motionless on the floor of the truck, operated by Te Awamutu company Osborne’s Transport. Many of the animals are panting and some have their heads tipped back and mouths open.

Stock said he had seen several videos of pigs arriving for slaughter at other facilities, but he was unprepared for what he saw in person.

“I was shocked. It was sweltering and they were packed in, obviously suffering.”

Stock’s video was shared on social media, where the pigs’ conditions were labelled “absolutely barbaric”.

Pigs are considered the fifth-most intelligent animal in the world, more intelligent than dogs, and in tests, are capable of playing video games with more focus and success than chimps. They also have excellent object-location memory, if they find food in one spot, they’ll remember to look there next time. They are also sentient beings who experience joy, loneliness, frustration, fear, and pain. 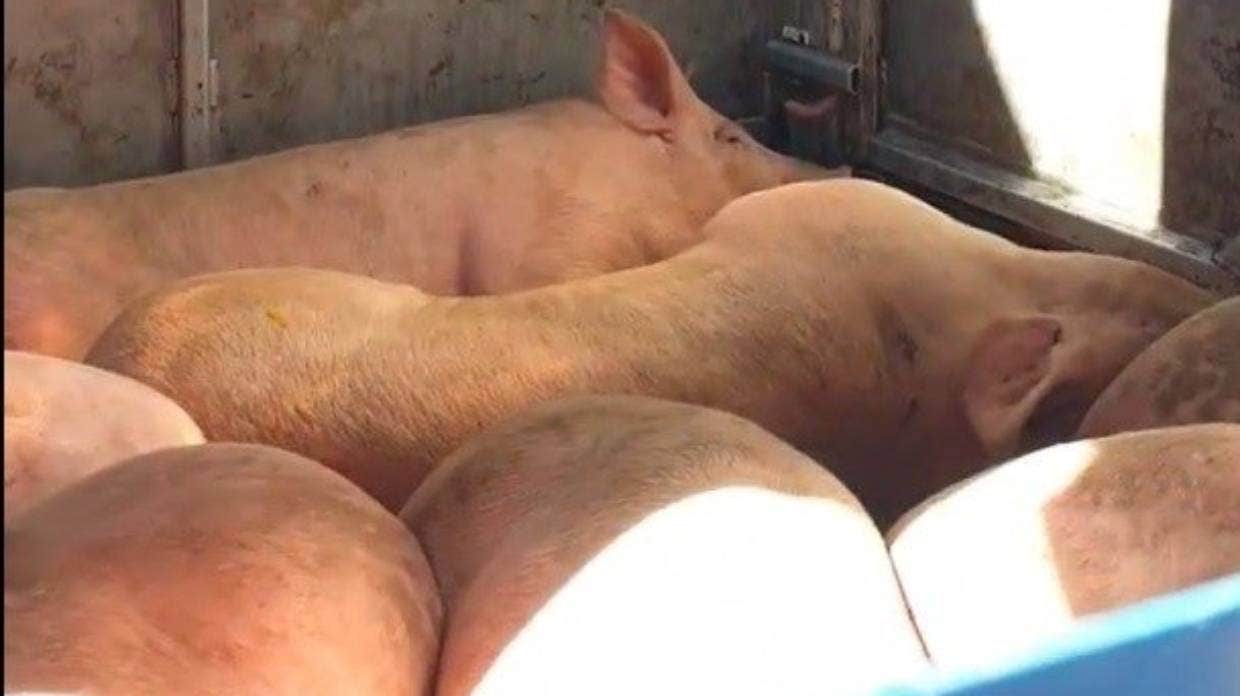 MPI acting national manager for animal welfare Peter Hyde​ said a complaint relating to the video had been received and was being investigated.

“We take heat complaints very seriously. It is unacceptable to transport stock if they are going to become heat stressed,” he said.

“There are steps transporters can take to lessen the chance of heat stress, such as not stopping for long periods of time and transporting in cooler parts of the day.”

“Having viewed the footage, we’re really disappointed the pigs have been transported at a time when the temperature is obviously very high.

“It highlights the importance of good communication between farmers and transporters who have a shared responsibility for the welfare of animals being transported.”

Baines said farmers should always consider higher summer temperatures, ask their transport provider to pick up pigs during cooler parts of the day and avoid transporting animals on hot days wherever possible.