Making it the largest player in the craft beer market in sales and volume growth, Australasian liquor company Lion has bought a second brewery in the United States.

Lion has bought Bell’s Brewery in Michigan which will be merged with its New Belgium subsidiary into a single business, but each will maintain its own distinct branding. Both labels are distributed US-wide.

“In terms of quality, capability and reputation, Bell’s is a standout in the American craft brewing scene,” Lion’s MD of global craft beverages business, Matt Tapper, said of the new asset.

“Bell’s history, outstanding brewing credentials and brand appeal will complement New Belgium and support the expansion of Lion’s US operations. They’re a great match for New Belgium, another pioneering US craft brewer, and both companies share a deep commitment to their co-workers, communities and customers.”

Bell’s was founded in Kalamazoo in 1985 and produces flagship beers such as Two Hearted Ale, voted the best beer in America four times by members of the American Homebrewers Association.

The combined range of New Belgium and Bell’s brands now includes the number one IPA brand in the US, Voodoo Ranger, along with Fat Tire, and Oberon Ale. 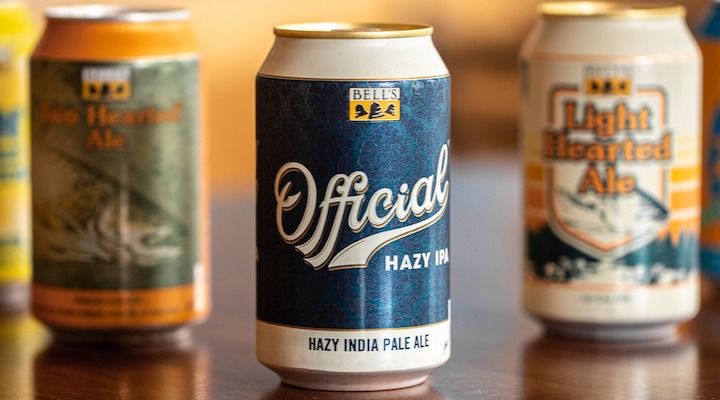 Lion bought New Belgium two years ago and Tapper said the company’s approach to working with the brewery had paved the way for strong growth in the US. Since the takeover, its Voodoo Ranger had taken the lead in its category, making the brewery the fastest-growing craft beer business in the nation.

“When we first partnered with New Belgium, we committed to not only support their growth but protect and nurture their unique human-powered business model,” said Tapper.

Larry Bell, who founded Bell’s Brewery and is its president, said the decision to sell to Lion ultimately came down to two determining factors.

“First, the folks at New Belgium share our ironclad commitment to the craft of brewing and the community-first way we’ve built our business.

“Second, I’ve been doing this for more than 36 years and now is the right time. I want everyone who loves this company like I do to know we have found a partner that truly values our incredible beer, our culture, and the importance of our roots here in Michigan.”

New Zealand is now a member of the ANZPAC Plastics Pact, a voluntary programme providing a platform to share knowledge and ideas on a…