An exclusive Greenpeace investigation has uncovered that Wairakei Pastoral Limited, a dairy company owned by elite Auckland property investors, has the right to take more water from the Waikato River than Auckland drinking water supplier, Watercare.

Watercare gets water from other sources, too, but especially in times of drought, like now, Watercare relies on water taken from the Waikato River for a third of Auckland’s drinking water.

A million and a half Aucklanders are doing their bit by carefully conserving water. Schools are turning off sprinklers, people are growing their veggies with water from the washing machine or the bath, and yet here’s a giant dairy corporation taking more water than everyone else in Auckland combined.

As the climate crisis intensifies, it’s likely we’ll see more frequent and intense droughts. According to the UN, as many as 5 billion people worldwide could experience water shortages by 2050. When water becomes a precious resource, how do we ensure that everyone can access the clean water they need to survive?

According to Greenpeace, Wairakei Pastoral uses the water for irrigation and other dairy operations, then discharges tonnes of pollution into the Waikato River catchment. It has also applied to discharge thousands of litres of nitrate pollution more. 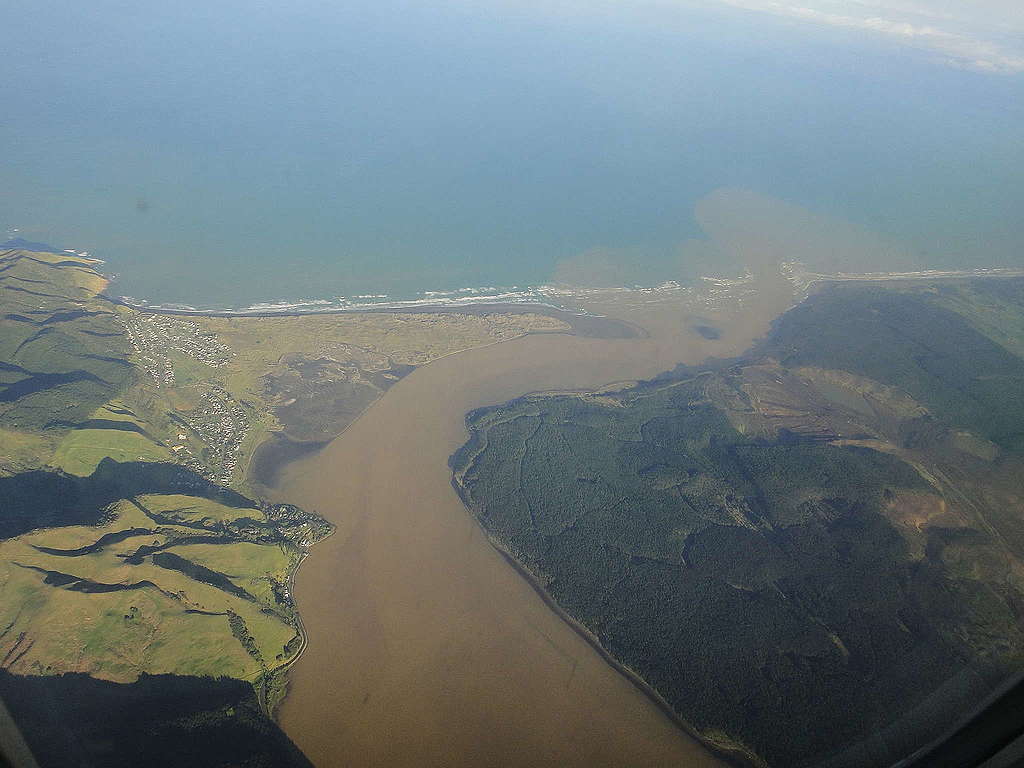 Polluted water flowing out to sea at the mouth of the Waikato River. Source: Greenpeace Aotearoa

“People like you and I are studiously doing our best we can for our rivers, climate and oceans, by taking shorter showers, stopping watering the garden, driving less and cutting down on the rubbish we produce. And yet big businesses get a free pass to keep polluting and endangering others.”

Greenpeace Aotearoa is calling on government and councils to bring in strong regulations that penalise pollution and allocate resources fairly.

“We need support for farmers that are changing how they farm so they can grow food in a way that cares for our rivers, climate and communities,” concluded Norman.