Linda and Owen Schafli are preparing to harvest the country’s first commercial pineapple crop, and believe more Kiwis should be encouraged to grow the golden fruit and supply the country.

The couple moved from Hamilton to Whangārei 10 years ago with plans to grow tropical fruit, specifically bananas and pineapples. Their vision was initially greeted by laughter from those they told, many of whom were sceptical that it would work.

"Because it's never been done before here in New Zealand, people thought it could never be done," explained Linda Schafli.

The pair's main crop is a gourmet pineapple called the Queen, which is particularly sweet and has a core that can be eaten. The plan is to scale up to between 50,000 and 60,000 pineapples over the next couple of years.

The Schaflis believe it is important for the pineapples to be spray-free.

"We want to supply New Zealand with a healthy pineapple that's good for them and spray-free and not these horrible gas-ripened ones."

Pineapples are not the only tropical fruit the Schaflis are growing. Bananas, papayas, passionfruit, sugar cane, dragon fruit and even coffee fill up every inch of land they have. 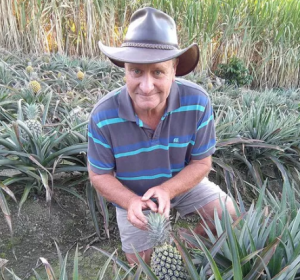 Owen Schafli noted that while the conditions are great, Northland was not utilising its potential. The East Coast and Hawke’s Bay are the country’s main fruit-growing regions, but according to Owen, tropical fruit could be Northland’s point of difference.

"It would be nice if Northland started really shining and growing the things that it can grow."

Tropical Fruit Growers of NZ chairman Hugh Rose agreed. He said planting pineapples in the north would be a great use of land as there was plenty of volcanic soil and sunshine hours.

"Pineapple is a desert plant but, unlike lots of desert plants, it actually likes rich soil - and slightly acidic as well - so they've actually got all the criteria sitting in Northland for growing pineapples, which we could be exporting."

The pineapples will initially be sold at the Whangārei growers' market but the Schaflis hope to eventually send them to Auckland and down to the South Island.

The 74th Session of the United Nations General Assembly declared 2021 as the International Year of Fruits and Vegetables. The initiative aims at raising…