Fiji is made up of more than 330 islands, 110 of which are inhabited by a population of around 900,000. Fiji and New Zealand are natural partners, sharing a history of strong ties encompassing heritage, culture, sport, business and education. Fiji is New Zealand’s largest trading partner across the Pacific Islands, and the only country in the region to be amongst its top 20 trading partners.

Prior to the pandemic, our total two-way trade was worth $898.07 million and Fiji exports to New Zealand were worth $162 million, largely underpinned by exports of fresh produce, pharmaceutical products, and garments. But the COVID-19 pandemic had resulted in a decline in two-way trade by 9.37 percent, which fell to $813.90 million in 2021.

At no time in the country’s history have Fijians held greater confidence in the direction of its nation or in the future it is working hard to build. Fijian income levels are steadily increasing, the nation has moved up the ladder to become an upper middle-income country, and its living standards are the highest they have ever been, as Fijians enjoy the benefits of eight consecutive years of economic growth.

These achievements have been driven by the establishment of a modern and inclusive Fijian Constitution, along with an unprecedented programme of administrative reforms across Government; substantial and consistent public investment in infrastructure, public utilities, education, health and social inclusion; and a concerted effort to position Fiji as the hub of economic activity and regional engagement in the Pacific. 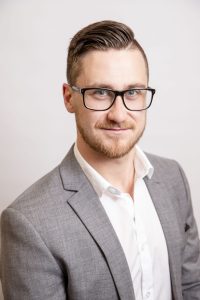 Fiji has also emerged as a respected advocate on some of the great challenges facing humanity, including climate change, sustainable development, and the preservation of our oceans.

The Fiji Consulate General & Trade Commission, together with the Ministry of Commerce, Trade, Tourism & Transport, is pleased to announce the appointment of Daniel Stow as Fiji’s Trade Commissioner to Australia & New Zealand.

Read about it in F+B Tech magazine here.

New Zealand is now a member of the ANZPAC Plastics Pact, a voluntary programme providing a platform to share knowledge and ideas on a…