The Port of Napier is officially opening its new wharf extension, in what it describes as a game-changing and future-proofing development.

The new wharf, to be known formally as Te Whiti, is designed to take bigger container vessels and cruise ships, allowing the port to handle more cargo, and in contrast to the delays and disruptions that afflict most projects the wharf has been built six months ahead of schedule and at the lower end of the $173-$179 million budget.

Napier Port chief executive Todd Dawson said the wharf would set up the port and Hawke's Bay for future growth.

"At 350 metres long, Te Whiti is long enough and deep enough to accommodate the increasingly larger vessels calling New Zealand today and into the future, allowing us to support the needs of our customers, community and region. 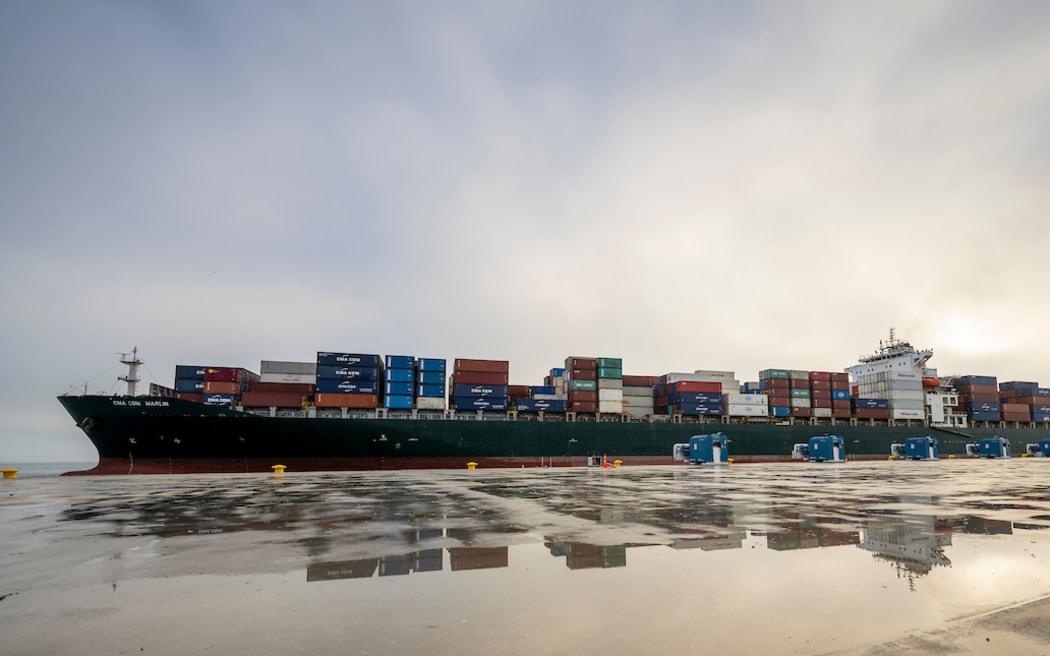 "Once fully operational our new wharf will help to alleviate ongoing shipping disruptions and supply chain congestion across New Zealand."

The port company, previously totally owned by the Hawke's Bay Regional Council, listed on the NZX in 2019 in a $234m float of 45 percent of its shares to fund the expansion.

Dawson said the new wharf was not just about the port but also the wider Hawke's Bay region.

"It is connected to the rail and state highway networks and a series of strategically-located inland ports, enabling a more efficient, co-ordinated flow of cargo across and in and out of New Zealand.

"We need to make sure they are well supported and constructed for the future as well, we've definitely got our eye on those sorts of things so that Hawke's Bay stays well connected.”

The port's half year profit fell 15 percent to $9m as the number of ships calling fell, cargo volumes dipped 10 percent, and Covid-disrupted supply chains. It has forecast a full year underlying profit of between $38m to $42m.

Napier is expecting close to 90 cruise ship visits this year as well.

Experiencing its “toughest-ever season” due to the impact of the Covid-19 pandemic, high pay rates of up to $60 per hour and incentives such…