Government’s recent announcement of its first ever Emissions Reduction Plan is a significant step forward but can be greatly boosted through regulating product stewardship of refrigerant gases.

The Trust for the Destruction of Synthetic Refrigerants welcomed the announcement, which will see $2.9 billion used to help lower the country’s emissions profile. However, its CEO Janine Brinsdon said the targeted emissions reduction can be greater. 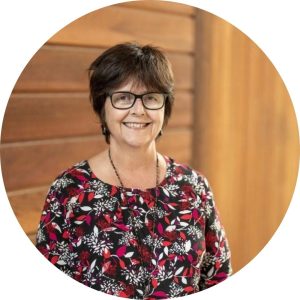 “The Trust aspires to do a lot better,” expressed Brinsdon.

“We’ve been working with the Ministry for the Environment on the leadership and structure of a regulated product stewardship scheme, which we believe can achieve substantially greater reductions to the environmental impact of synthetic refrigerant gases, while retaining the significant benefits of refrigeration and air-conditioning in New Zealand.”

While the government has targeted a reduction in the climate impact of refrigerant gases of around 30 percent by 2035, the Trust believes a coordinated effort, enabled by a regulated product stewardship scheme, could in fact achieve a 90 percent reduction in climate impact over the same period.

“The leakage of synthetic refrigerants in New Zealand makes up around 2% of our total emissions. The Trust believes a combined effort on training, awareness, disposal and destruction services, along with early adoption of new technology, will almost eliminate the climate harm from these gases by 3035. For perspective, this is roughly equivalent to taking all the cars and trucks off Christchurch roads.”

Synthetic refrigerant gases, broadly known as F-gases, have long been known as one of the leading contributors to climate change worldwide as they are thousands of times more potent than carbon dioxide as a greenhouse gas.

The impact F-gases was further recognised by Government when synthetic refrigerants were declared a priority product, along with five other product categories, in 2020. This means a regulated product stewardship scheme, in which all of industry will have to participate, will need to be established to properly manage the gases throughout their lifecycle.

The Trust for the Destruction of Synthetic Refrigerants is a not-for-profit environmental trust that’s sole focus is to eliminate the environmental impact of synthetic refrigerant gases in New Zealand.

According to Stats NZ, tomato prices doubled in 2021, driving the highest annual food price increase in a decade. Ongoing labour shortages due to Covid-19 and…