"Since we were young, the farmer's markets have been a second family to us," said George.

"We built the retail side of the business off the back of opening 10 farmers market stalls a weekend. They gave us the ability to start work on our two most recent additions to the business." 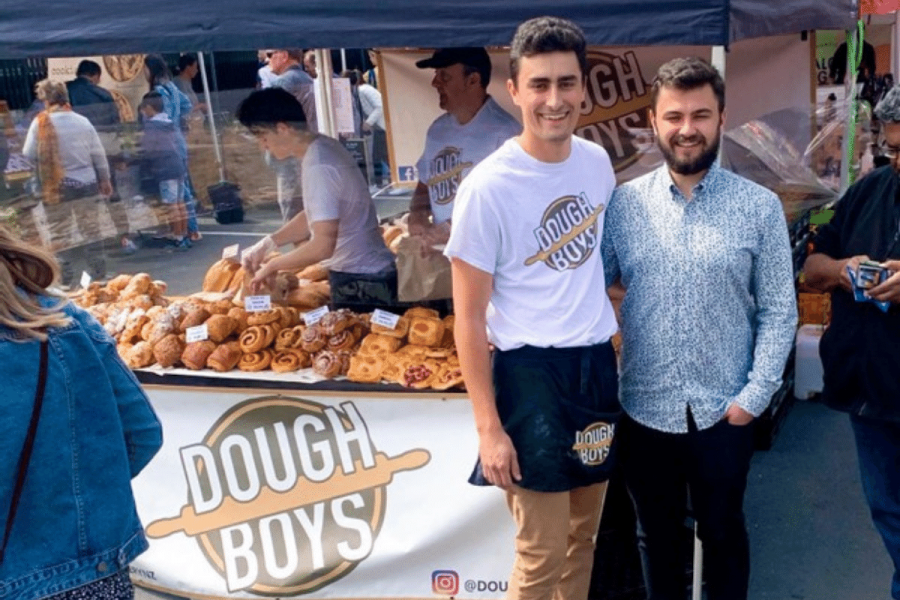 The brothers have worked for various bakeries since they were young. The two saw an opportunity and worked and saved hard until they could start their own operation, “and we haven’t looked back since.”

With stalls at markets, a physical store and two retail kiosks, the two have built their enterprise primarily by themselves. Edward did a sizeable amount of the finishing construction on both projects, and it was with their bare hands, whether doing late night renovations or installing windows full of coffee beans, that the two raised this business from the ground up.

Their range includes freshly baked artisan breads and pastries. With bakers all over the world, their product line is a mixing pot of French pastries, European style sourdoughs, and American grain mixes.

“Being 20 and 24, we have already smashed a lot of the goals we set for ourselves when we were younger. However, we both see something special in what we have built. For now, our goal is to keep growing our bakery across Auckland and making Dough Boys a household name.” 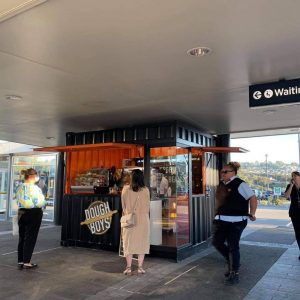 Dough Boys was started in 2019, and was only just getting its feet off the ground when New Zealand was thrown into lock-down.

“Luckily we had a bit of tech knowledge and an adaptive nature,” said George, “so we were able to create an online delivery service; something we hadn’t considered prior to the shut-down of all farmers markets.”

The Ring brothers were severely challenged by Covid, as it was so different to the traditional brick and mortar style bakery or market stall they were used to.

“However, through the integration of technology, we were able to pivot quickly and adapt.”

When Auckland went into level three lockdown after the Valentine’s Day cluster, George and Edward rallied the entire community to support them, through social media.

“Due to the nature of our production, we had already baked a massive amount of product by the time the late-night lockdown was announced. Unfortunately, because of this, we were facing throwing out six farmers markets worth of stock,” George said.

Dough Boys called out on their Facebook and Instagram, asking the community to visit their Dominion Road store and purchase the bread and pastries contactless. 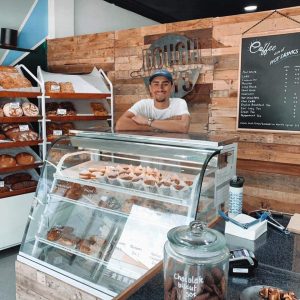 “To say we were blown away by the support would be an understatement,” George remarked.

The post was shared by over 2000 people and the next day, the store had an hour-long wait time from 7am til 3pm and completely sold out. One customer said their friend in England saw the post and told them to go.

“Covid-19 has been difficult for us, however, the community support we have received during these uncertain times has been extremely heart-warming.

“Without our amazing community constantly supporting us, there would be no Dough Boys.”

As a parting thought, George encourages people to remember the importance of shopping local.

“Every purchase made with a small, local business results in a very happy and proud owner. Whether you buy one croissant or become a whole customer, every purchase allows us to keep growing our business and living our dream.”

Makers of premium breadcrumbs, batters and coatings, Fogdog have reintroduced its entire range in brand-new packaging, ready to hit shelves nationwide. With the introduction…