Jordan Carrol, orchard, and harvest manager at CentralPac, has won the 2021 Central Otago Young Grower of the Year competition.

“What we do really matters. We need all the people we can to make the most of the horticulture industry,” said Jordan.

“The world needs more and more food. Growing requires so much commitment and you have to be there. But the feeling is also just so insanely satisfying.”

Jordan will represent Central Otago at the national Young Grower of the Year competition in Wellington on 22-23 September, where six other regional finalists will compete for their share of $30,000 in prizes.

Meanwhile, Heather Feetham, a 25-year-old production manager at T&G Fresh, has won the 2021 Pukekohe Young Grower competition, she will represent the Pukekohe growing community in the national competition. 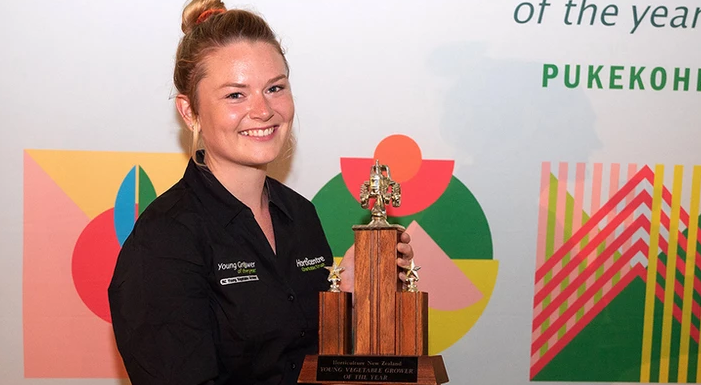 "When they called my name saying that I had won, I was really shocked and proud," said Heather.

HortNZ President, Barry O'Neil, said that the Young Grower competition plays an important role in supporting the next generation of growers and horticulture industry leaders.

"With the rapid rate of change and challenges facing the industry, we need to support these talented young growers. Competitions like this give young growers invaluable experience to help start their journey as the leaders of tomorrow," noted Barry.

"I’m excited about the finals. It’s going to take a lot of prep to get myself ready for it, but I will try and make the Pukekohe Vegetable Growers Association proud and represent the region well."

The Life Science business sector of Merck, a leading science and technology company, has launched a first-of-its-kind solution that prepares and instantly dispenses culture…