Slovenian start-up, Juicy Marbles, has claimed that its plant-based filet mignon marbled with sunflower oil is an industry first.

Mimicking the fibrous texture synonymous with whole cuts of meat presents significant challenges, so a plant-based steak alternative that is close to the real thing is considered a holy grail. Some players turn to scaffolding in laboratories to achieve a steak-like texture, while others leverage 3D printing technology.

Juicy Marbles is taking a different approach, its patent-pending machine, known as the Meat-o-Matic Reverse Grinder 9000, enables the start-up to mimic the muscle texture and marbling of meat by aligning and layering fibres from the bottom up. 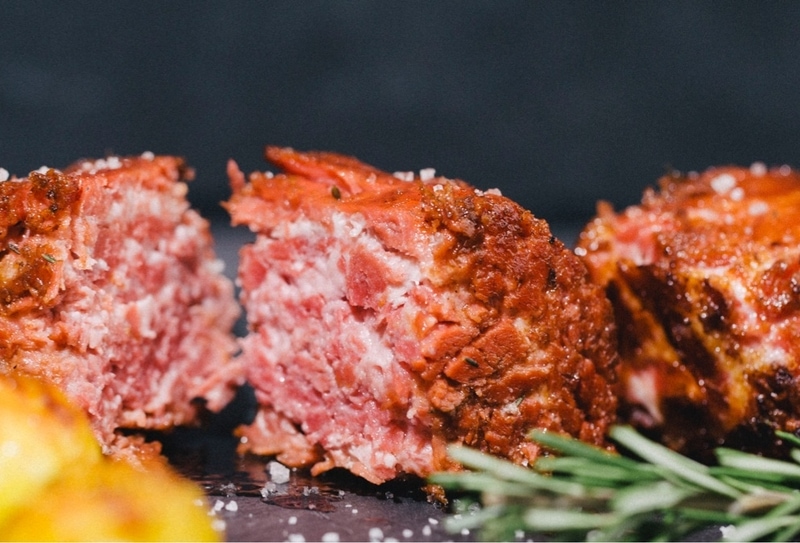 The co-founders explained that the biggest challenge in mimicking conventional steaks is in achieving the right fibre alignment and intramuscular fat structure, otherwise known as marbling. They acknowledged that steak-eaters love the rich, fatty marbling present in whole cuts and knew they wanted to incorporate this sought-after element.

“The most expensive steaks in the world are known for their lush marbling. It takes a lot of energy and a rare breed of cow to attain that,” commented Sincek.

“We were looking at existing technologies out there, like 3D printing, lab-grown meat and others and found them to be too complicated, too slow, or had too many behavioural barriers. That’s why we developed our own original machine which combines a couple of existing technologies, to which we have modified and added some of our own innovations.” 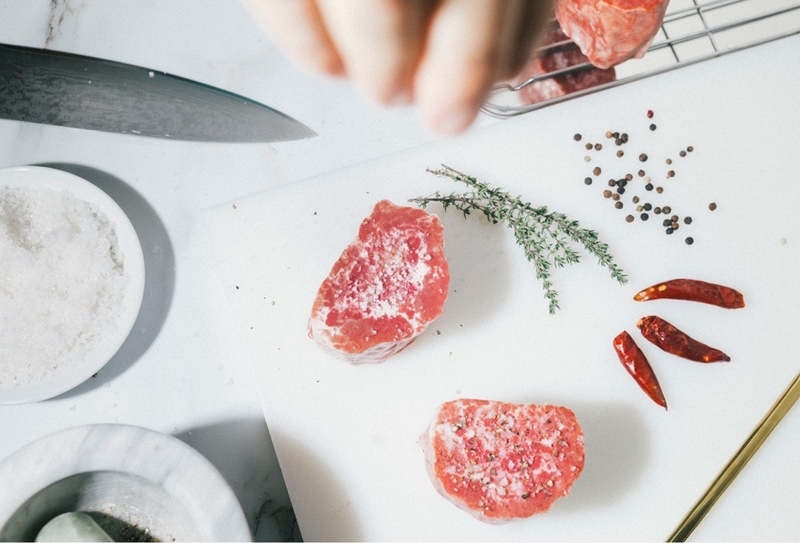 The start-up now has a machine that enables it to have full control over fibre alignment (texture), intramuscular fat structure (marbling), flavours, aromas, and other key meat parameters. Juicy Marbles achieves this with its main ingredients, soy and wheat protein, unsaturated sunflower seed oil, beetroot colouring, and natural flavours and aromas.

“Achieving a similar taste to conventional meat comes down to rigorous combination testing,” noted Travnik, adding that taste is also enhanced by the cooking method. Unlike most plant-based meat analogues, Juicy Marbles’ offering is raw and unseasoned, waiting for the chef’s unique touch.

“We can’t expect a global diet shift towards plant-based without a wide variety of plant meats that will not only enable the continuation of culinary traditions but also enable a well-balanced, wholesome diet.”