Red meat companies across the globe are now starting to take action to achieve their climate goals by launching climate-neutral beef products and progressing with programmes that will establish supply chains and verify progress on reducing beef supply chain emissions.

But with beef prices and inflation at an all-time high in many markets, now is not an easy time for the global sector to translate sustainability and emissions commitments into action, according to a new report by agribusiness banking specialist Rabobank.

In its latest Global Beef Quarterly report – Carbon neutral beef coming to a store near you, Rabobank noted that with increased focus on carbon over the last two years, major meat companies around the world have developed statements on the environment and a commitment to reduce emissions, but until now most commitments have not necessarily changed what consumers see.

Rabobank agricultural analyst Genevieve Steven said this is all now starting to change with the first movers launching low emissions or climate neutral beef products which are beginning to appear on shelves in many locations around the world.

“In Australia, one large cattle producer launched a carbon neutral-brand in 2019, and now a major retailer has introduced a carbon-neutral beef line there, initially in selected stores before a national roll out,” she said.

Despite the forward momentum, Steven said now was a difficult time for the global beef sector to be converting commitments into action.

“Consumers around the world are paying more for beef now that at any previous time in history and, in our view, the full costs of production are not currently being passed onto consumers.

“And consumers’ willingness and ability to pay is likely to be tested in 2022 as inflation levels climb around the world.” 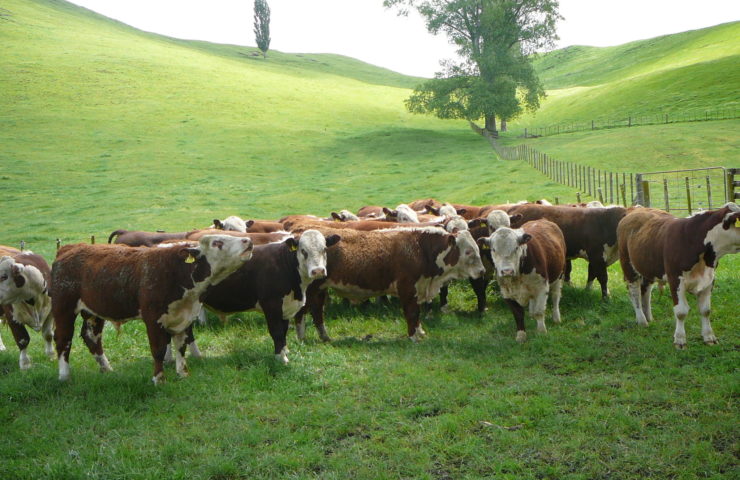 Regardless of whether the economic outlook makes it a favourable time to invest in production system changes, Steven said, action from red meat companies would be required to deliver on their sustainability commitments.

“And the big question then becomes, will the market be able to support a further lift in beef prices to offer a ‘premium payment’ for net zero carbon beef?” she said.

With investment necessary, Ms Steven said, beef supply chains were grappling with how they could extract a return from any such investment in emissions reduction.

“Several the first movers in the carbon neutral beef space are utilising offsets to generate their carbon-neutral status and these offsets themselves add costs to the supply chain. But the reduction of emissions, while saving the cost of offsets, has its own costs, and for businesses to implement carbon-reduction practices a return on investment or revenue to cover these costs is going to be needed.”

She added that a return on investment could take many different forms – in access to markets, access to finance, improving productivity, premium prices, and new revenue streams.

The report said cattle prices through the seven major beef exporting countries (Uruguay, Australia, Brazil, US, Argentina, Canada, and NZ) have remained strong though quarter one.

For New Zealand, the report stated that export volumes of beef continued to decline in quarter one this year, following the same trend seen in late 2021. Total beef exports were back seven percent year on year (YOY) for quarter one, driven by processing backlogs and shipping challenges. However, export earnings were 35 percent higher YOY, supported by strong global beef prices.

“Participants across New Zealand’s beef sector – and the wider New Zealand agri industry — will also be keeping a close on eye on the messaging coming out from Beijing following New Zealand’s recent joint statement with the US, which included comments critical of China and added to the growing geopolitical tension between the two countries. The Chinese market accounts for approximately 40 per cent of Kiwi beef exports, and producers here will be hoping any tension between New Zealand and China does not lead to adverse impacts on the trade relationship.”