New Zealand’s red meat exports exceeded $3 billion during the first quarter of 2022, despite a drop in volumes due to continuing global supply chain and pandemic challenges.

Total exports for the quarter totalled $3.1 billion, a 17 percent increase on the same period in 2021. Exports to most markets increased, apart from China, which dropped one per cent to $1.2 billion.

Red meat exports during March were worth $1.15 billion, representing an 11 percent increase on March 2021. The value of exports to China dropped 17 percent to $384m during March, but nearly all other major markets saw an increase. 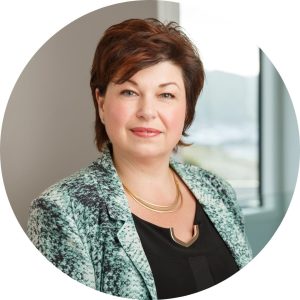 “The increase in exports to markets other than China, including good volumes to Malaysia and Saudi Arabia, demonstrates how agile New Zealand exporters are. Our companies have sound strategies in place to manage different markets depending on the global conditions.

“The slow-down in meat exports to China was not New Zealand-specific, as Chinese import data shows that there was a drop in the volume of all meat imports into China in March, probably reflecting the impact of the various lock-downs and port disruptions.”

Sheepmeat to China was down by 46 percent and beef by seven percent. However, beef exports to China still represented the third highest March volume.

The chronic labour shortages in New Zealand continue to be a problem with cattle processing down 11 percent during the first quarter and sheep processing by 16 percent compared to 2021, however processing capacity has since improved, she said.

Processors are also having to ensure they align livestock volumes at plants with their ability to ship products to markets in the face of the widespread ports congestion, container availability issues and vessel delays.

These challenges have contributed to a drop in volume of both sheepmeat and beef exports compared to last March, with sheepmeat dropping 25 percent to 41,541 tonnes and beef by eight percent to 46,176 tonnes.

Overall exports to the UK rose by 22 percent by value ($65m) and by 18 percent to Japan ($50m). However, chilled sheepmeat exports to the UK fell by 80 percent, year on year to 433 tonnes, reflecting the ongoing logistics issues with transporting chilled product.

The value of overall sheepmeat exports nevertheless was largely unchanged at $500m for March and the value of beef exports was up 27 percent to $470m.

A new project in the United States is helping an indigenous tribe clean up contaminated land. ‘Forever chemicals’ is a term used to describe…