The Russia-Ukraine conflict is choking the staple seafood supplies to Japan and exacerbating the woes of retailers and foodservice operators, who are already reeling from COVID-19 induced supply chain disruptions.

The geopolitical crisis is escalating food inflation and burdening the already constrained household budgets of Japanese consumers. Given how integrated fish and seafood are in the Japanese diet, the stock shortfall may be the tipping point for consumers who are highly concerned about the soaring cost of living, according to GlobalData, a leading data and analytics company.

“Fish and seafood are staples for Japanese consumers, with 81 percent of respondents in GlobalData’s Q4 2021 consumer survey saying that they consume fish and seafood at least once a week,” noted Bobby Verghese, Consumer Analyst at GlobalData.

“Subsequently, the acute shortage of fish and seafood is thereby eating into the consumer pockets, with 53 percent of respondents in GlobalData’s Q1 2022 consumer survey saying that their spending on fish and seafood was quite/very high.” 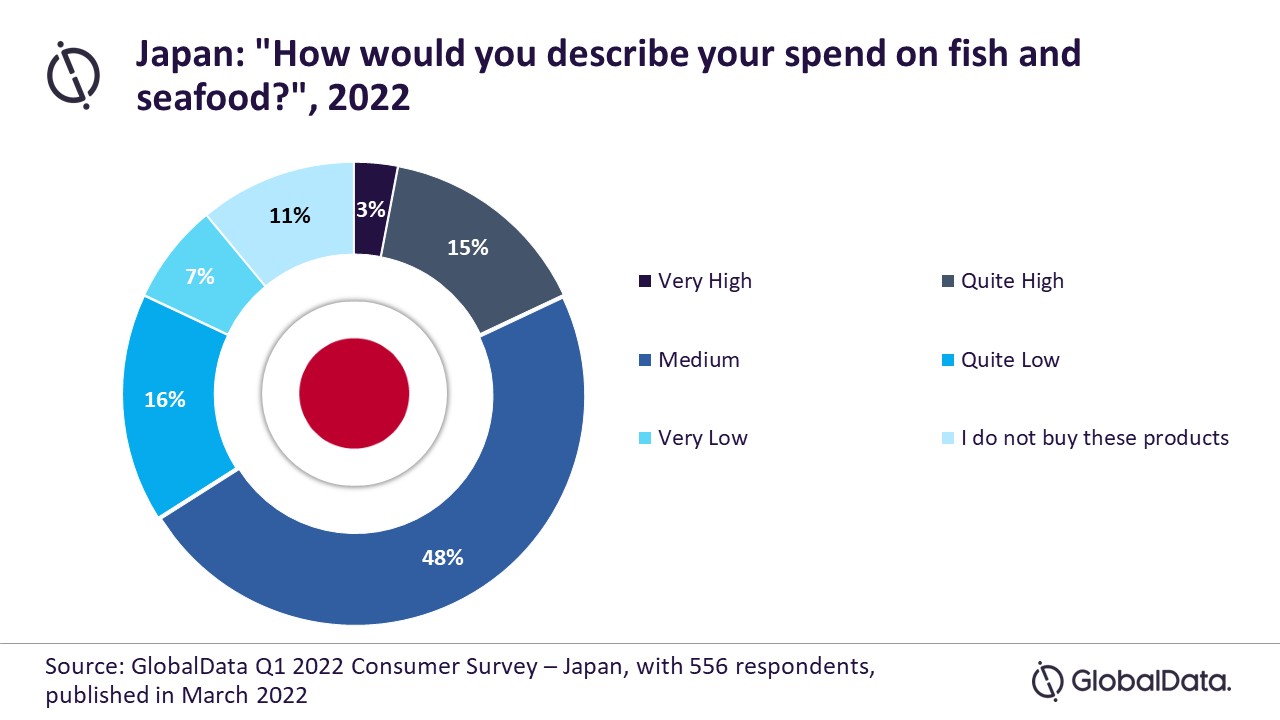 Besides cutting off supplies of fresh fish and seafood from Russia and Ukraine, the sanctions are impeding air cargo hauls of the marine catch from other countries to Japan through Russian airspace.

Additionally, the surge in international petroleum prices due to the ban on Russian oil shipments is compounding food production and transport costs. This comes at a time when new waves of COVID-19 are disrupting the international shipment of raw materials, and the red tide phenomenon caused by toxic algal blooms is wreaking havoc on marine life in Japan.

Retailers and foodservice operators such as McDonald’s Japan are hesitantly passing down the added costs to consumers who are already overburdened by stagnating wages, rising cost of living, and currency depreciation.

“The economic fallout of the export embargos and sanctions on Russia are rippling across the Asia-Pacific region,” concluded Verghese.

“As the Russia-Ukraine conflict stretches on, the surge in prices of highly valued essential commodities such as seafood, grains, and edible oil will set the stage for yet another economic recession, with a domino effect on the sociopolitical stability of the region.”

New Zealand Trade and Enterprise has set out ways Kiwi brands can embed sustainability into their businesses. Sustainability is about taking a long-term, intergenerational…