Helping raise money for animal charities, a gin made from elephant dung is causing a stir.

The two integral ingredients of any safari holiday have found an unlikely marriage in South Africa's most unique tipple. Les and Paula Ansley, founders of Indlovu Gin, insist it isn't as crazy as it sounds.

"They're very picky about what they eat and they have a wonderful diet of botanicals," explained Les.

In 2019, the husband and wife team returned after 15 years working in the UK as academics. "We wanted the kids to experience Africa," he said.

Revisiting family and reconnecting to the continent, Les said the odd idea had come to his wife Paula while out in a game reserve with her mother.

"They enjoyed the usual safari experiences of sipping G&Ts around the watering hole."

The tonics may have helped, but it was learning about the animals and experiencing the sounds and smells that infused Paula with an idea for an unlikely source of botanicals.

"We were nervous because we thought it was a really out there idea," said Les, however they used their background in science to sterilise samples and distil a product. 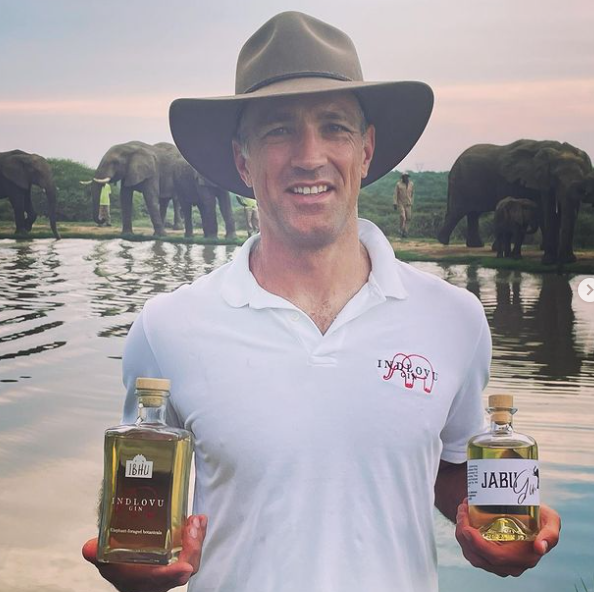 It isn't such an odd idea as it sounds.

"Really their role in the bush is bush clearance. They eat huge amounts of food but have a very, very poor digestive system and they only absorb about 30 per cent of what they eat. All the rest of these ends up on the felt floor."

Sourcing dung by hand from the Botlierskop reserve in the Western Cape, the Ansleys named the gin Indlovu - Zulu for elephant.

The spirit caused a sensation in the boutique gin community. Rave reviews proclaimed they were delighted that it "doesn't taste like s**t".

On the other side of the country, in Limpopo, the Jabulani Safari were so inspired they enlisted the help of Les and Paula to begin making their own version. JabuGin is made with dung sourced from their own animals and was released in a limited run in December 2021.

Following the downturn of international tourism and disruption caused by the pandemic and travel restrictions, the nifty gin was a real lifeline for the safari park.

Adine Roode founder of the elephant sanctuary said the sweet-smelling spirit was proof that they herd was happy and healthy.

"All proceeds from the bottles go towards the high ongoing costs to care for, sustain and protect the Jabulani herd of rescued elephants and the elephant orphans," she said.

According to Africa Geographic a single grazing elephant produces up to 100kg of dung a day.

With the grey Elephant endemic throughout Africa - from the Cape to Botswana - the substance has found many uses over the years. Although gin is a new one. The high fibre content has led it to being used as wood pulp and building materials.

In 2013 a Japanese specialist brewery created a stout beer made from fermented coffee beans which had been passed by Indonesian elephants. Called Un Kono Kuro it cost US$100 and sold out in under an hour.

Bushcraft survival guides still advise that dung is an important source of moisture and can save you from dehydration in the wild - should you run out of water, or G&Ts.