The precinct will be known as Kōwhai Park and will be built on 400 hectares of airport land just west of the airport’s runways and terminal and be scaled up over 30 years. Its first tenant will be Solar Bay, an Australian renewable energy fund.

Solar Bay investment director Jack Sherratt called the project “innovative, far ahead of its time and absolutely world-leading in every sense”.

He said they would have solar panels installed within two years and achieve their target of generating 150 megawatts of electricity – enough to power 20 per cent of Christchurch homes – within five to seven years. 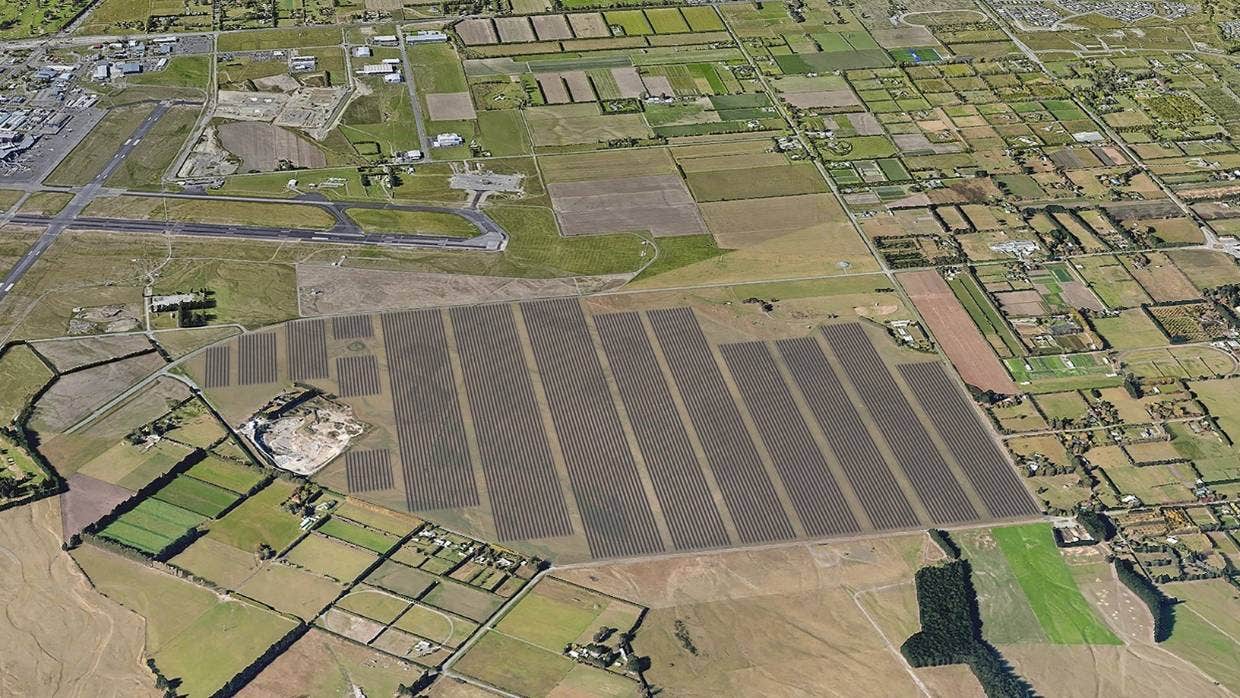 The array of solar panels would be 50 times larger than any existing array in the country – and it’s just the beginning, he said. Battery storage would be built alongside to provide power when the sun was not shining.

The flat, sunny location near Orion’s lines network and Transpower’s national grid pylons made it ideal for the plant.

The Kōwhai Park site is owned by Environment Canterbury and leased to Christchurch Airport. It is covered by airport noise contour restrictions.

“There is nothing else of this scale in New Zealand,” she said.

Airport chief executive Malcolm Johns said the project was about enabling the economy to decarbonise at the fastest possible rate. They would offer long-term leases at Kōwhai Park to organisations wanting a site to generate and store “green fuels”. 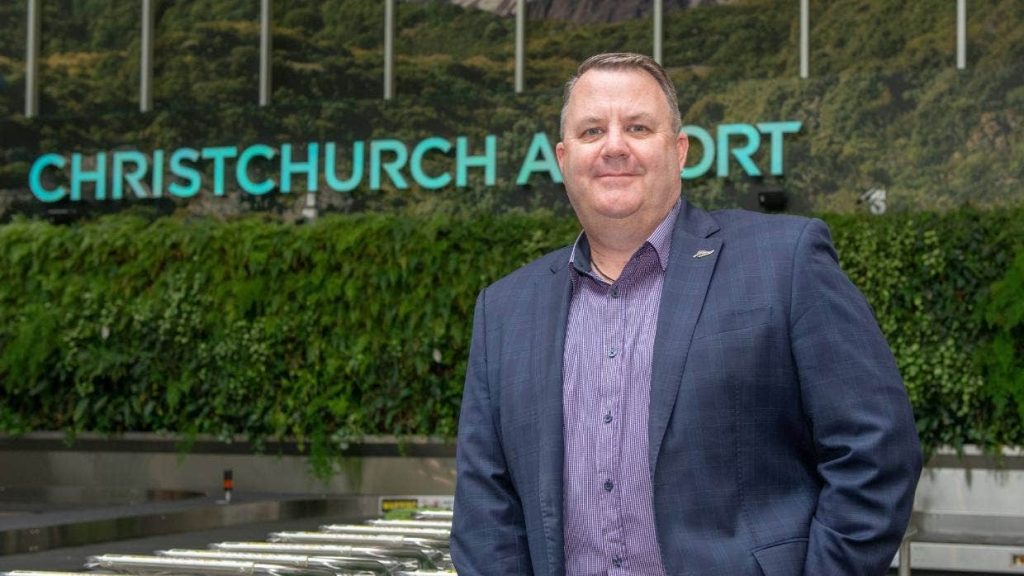 Johns said airlines would soon by buying craft powered by hydrogen, electricity, or sustainable aviation fuels, and Christchurch Airport would be able to refuel and recharge them.

While the land’s proximity to airport runways and high-voltage pylons made it unattractive to most tenants, it was perfect for a solar plant and a cluster of businesses needing clean energy.

Sites would be made available for data centres and vertical farming operators, with the project already talking to potential tenants. Vertical farming grows food inside buildings on multiple levels, while data centres are power-hungry storage for computers providing internet or cloud services.

Chris Reid was 18 when he left Wellington to study wine science and viticulture in Hawke’s Bay. He then worked as a winemaker across…