Otago cherry growers are struggling to scrounge up staff to pick a bumper crop.

The Big Cherry owner Chris Toms said the picking of his four-hectare cherry orchard in Coal Creek, Teviot Valley, begins next week and will run until the end of February.

Normally, he had the 30 staff needed already organised. About a third were New Zealanders, and the rest were backpackers. Many of them were professional cherry pickers following the global season.

However, this season, Toms had only been able to procure nine staff - seven locals and two students.

The weather had been good, and the harvest would be medium to heavy, he said, and if he could not find more staff soon, many of the cherries would go to waste. With the potential to lose hundreds of thousands of dollars worth of fruit, Toms said only the most valuable varieties would be picked.

Last year, many backpackers were waylaid in New Zealand, but their working visas were extended, allowing them to pick last summer.

However, their visas would need to be extended again for them to pick this season.

Toms is frustrated by how slowly the Government is processing visa extensions, and so are the backpackers, with many of them packing off to work in Australia.

He hoped neighbouring orchardists could pool their staff to get the job done if no more workers could be recruited. 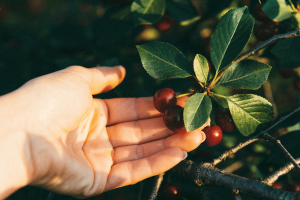 Toms hoped when the staff at Fairview Orchard were finished thinning the apricots, they could join his staff picking cherries and then all move back to the apricots at Fairview.

Jered Tate, the owner of Fairview Orchard, said he was advertising for staff the same way he did every year, but where he normally got five enquiries a day, there are none this season.

He believed the shortage was due to a lack of backpackers and a low unemployment rate.

He had accommodation for five workers and a communal latrine which had been sufficient in the past because the backpackers would sleep in their camper vans. Now, everyone wanted free accommodation.

Tate was expecting to work long hours this season due to the staff shortage and heavy crop. 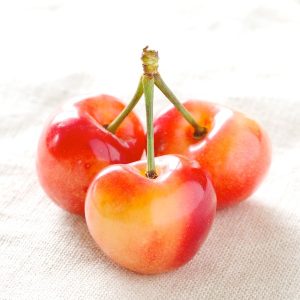 The sale allowed him to focus more on his pick-your-own and mail-order operation.

Where once he needed 130 staff, he now only needs up to 30 - a mix of his own employees and contractors.

Another reason Milne sold up was the increasing number of cherry trees being planted in Otago.

He expected it would only become harder to find staff and accommodation as more campgrounds turn into housing developments.

However, he expected the demand for cherries to be strong this Christmas, especially if COVID restrictions stopped Aucklanders holidaying in Otago, forcing them to order online. If Aucklanders were allowed down South, he expected them to visit and pick their own, just like they did last year.

Central Otago District Council launched its Spare Room-Spare Time campaign, which urges locals with a spare room to encourage people outside the district to help ease the staff shortage by picking.

Central Otago Mayor Tim Cadogan said he intended to work in an orchard while the council was closed over summer as it is an all-hands-on-deck situation for the industry.