One of New Zealand’s largest exporters of canned wine has launched a multimillion-dollar expansion into North America as its share of the global small format wine market grows.

The move by the Wairarapa winemaker into the lucrative US market, follows an approach from $16bn retail chain Wholefoods after a win in a major canned wine competition.

The international market for canned wines is growing at a rate of 13 percent per annum and is projected to reach over $807m by 2028. In contrast, the bottled wine category remains stagnant with a growth rate of 4 percent.

The wine industry has struggled to attract millennials and small format options are increasingly being seen as a mechanism to deliver a more portable, environmentally friendly and portion-controlled product for this health-conscious segment. 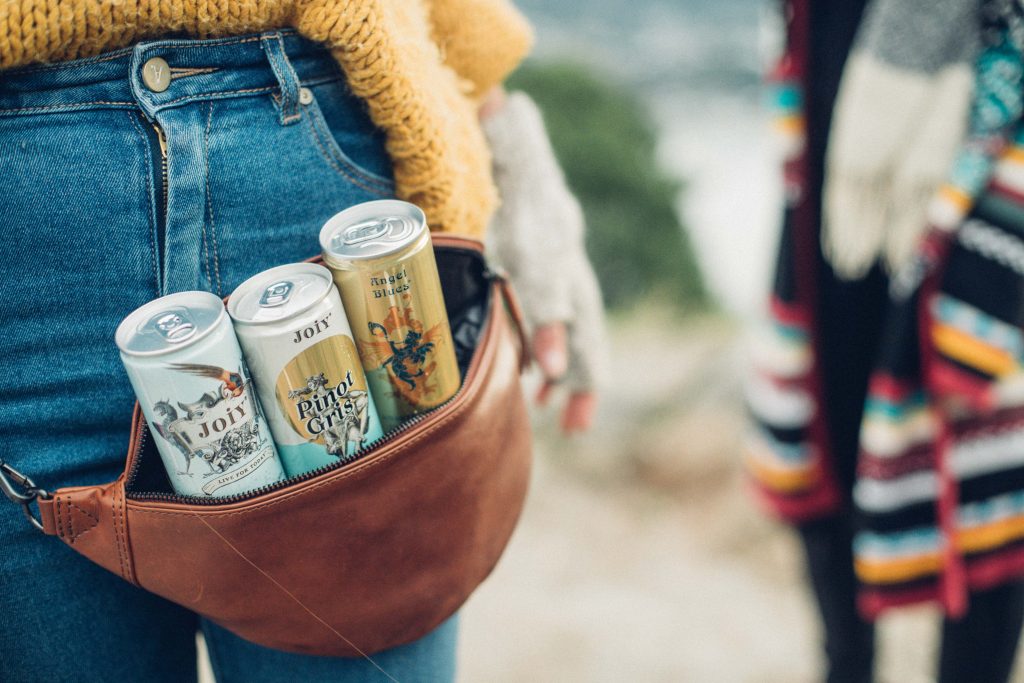 Joiy Wines, the first local winemaker to export canned wine, now produces over 700,000 cans for five markets around the world each year.

The company is on track to double its annual sales volume this year and is now the top-selling canned wine in Canada, the world’s largest liquor buyer and one of nine countries where the Government operates the retail sale of alcohol as a monopoly.

A successful entry into the US will represent Joiy’s largest export opportunity to date and could see production volumes increase to over seven million units per annum - providing a significant boost for local growers, particularly in Marlborough.

Cath Hopkin, Joiy Wines co-founder noted that the wine industry can be threatening to many and has struggled to attract an emerging millennial customer base. She said their focus from the outset has been taking premium wines into small format packaging.

“Originally we could see that the spirit and beer categories were thriving in small format and yet wine was nowhere to be found. If we ever made a 375ml bottle it was a lower volume run for a hotel group or airline. We then saw an opportunity to specialise in this category and moved our entire product range into cans. 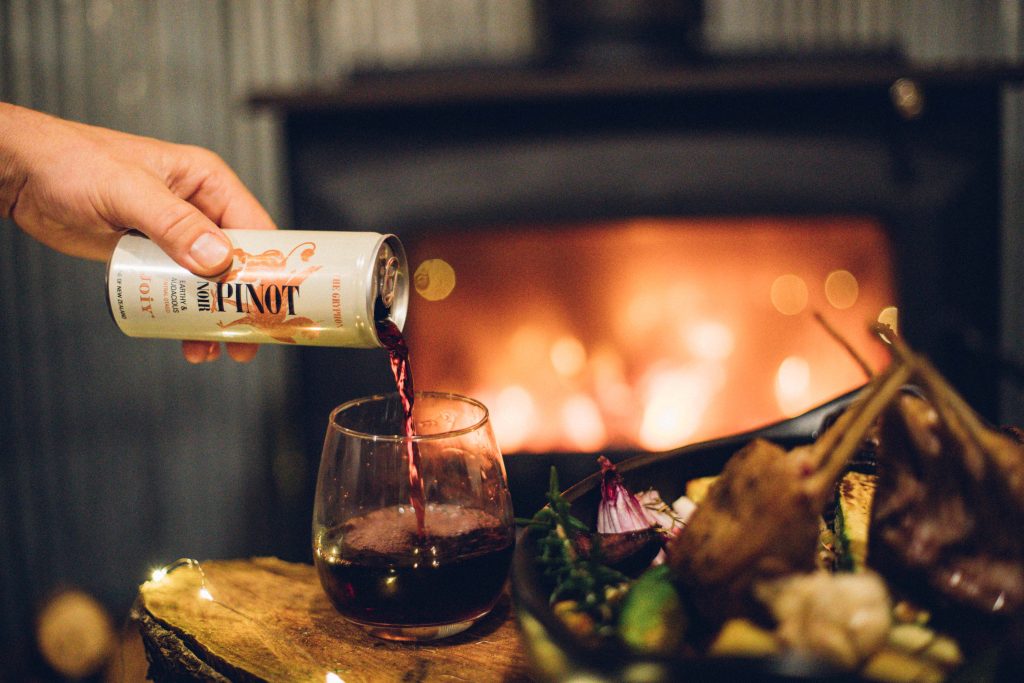 “The domestic and export demand is now there, and we are seeing small format wines resonate strongly with millennials as well as our core target demographic aged 35+ who are choosing these products for a range of convenience and health reasons - such as portion control, lower alcohol, sugar and calories.

“In addition to providing a vessel that connects with consumers from a design perspective, development of canned wines has allowed us to address a number of shortcomings of the bottled wine format - including the challenges around heavier shipping weight and fragility of glass.

“The technology we use has now advanced to the point that the lining of can protects the premium wine better than glass, preventing light strike and allowing us to produce a product that is shelf stable for four years - a significant competitive advantage for us on the international market.”

Chris Archer, Joiy Wines winemaker and co-founder, said when they first brought forward the idea of producing canned wine, they were initially met with a lot of resistance from the local wine industry.

“When we first set out to develop a market for canned wine it was at a time when the industry had not been telling a compelling story which was able to connect with the next generation of consumers and was losing share to competing products like RTDs.

“The first years of development we were met with a lot of ‘raised eyebrows’ from the industry. Many were surprised at what we were doing as it went against their traditional pathway, making it a very lonely time for us. 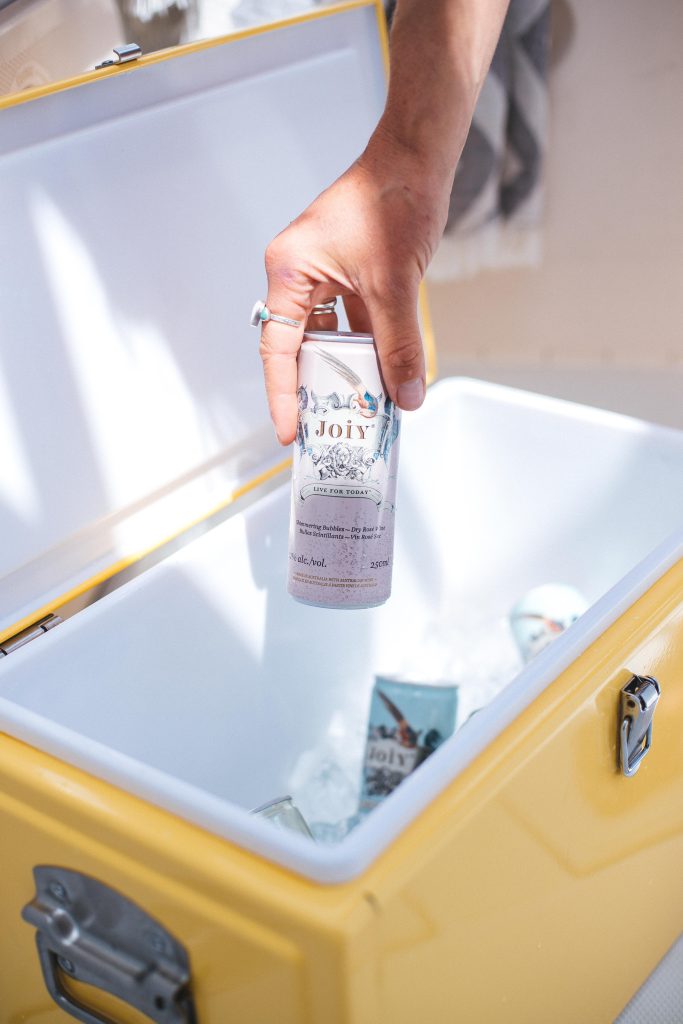 “Today there is much greater recognition that the level of innovation we are introducing is the way forward for New Zealand wine and are now spending a lot of time on the speaking circuit as a case study.

“We are also getting a lot of export success in Government run monopoly markets like Canada and more recently Norway where we can compete on a level playing field against much larger suppliers.”

Archer said the successful entry into the US market will put pressure on an already limited local grape supply, with projections suggesting their production volumes could increase tenfold overnight.

“I started out making wine at the age of 17 and I’m proud of how far we have come. Joiy was all about making wine accessible to all people for all occasions, not restricting it to ‘on-the-table’ and the sometimes-daunting prospect of opening a full standard bottle.”

Hopkin says the brand was born out of a desire to demystify the wine industry and its ‘wine speak’ by showing it to be fun.

“We know that for those that do not grow up with wine, the beverage can be off-putting - the words are foreign and there is a lot of pomp and ceremony which is great in one way but can also be really quite negative in others.

“It’s been a “roller-coaster” ride and we’re a team of two and while it can present some challenges it means we can move quickly and respond to consumer trends and desires.”

The pair's latest innovation is a range of wine seltzers a well as their Mimosa canned wine cocktail already securing a listing with the world’s largest liquor buyer LCBO in Canada.

Hopkin said their original sparkling white and Roses have been enjoying a number one position there for the last four years, since the wine in can category launched.

Due to high meat prices and a lack of skilled labour, automation and robotics provider, Scott Technology, has reported a boost in demand. The…