Brewed in Finland with both taste and smell hitting the mark, Europe has developed its first cup of joe from cellular agriculture.

Commonly associated with the production of meat, dairy, and egg proteins, researchers in Finland have turned their attention to using cellular agriculture for another food and beverage staple. The project is in direct response to the increased global demand for coffee and the sustainability challenges facing the sector.

Coffee is the third-most consumed beverage in the world, behind water and tea, and global  consumption is on the rise. Production is struggling to keep up, however, and the International Coffee Organisation expects supply will barely meet world demand this year.

With the possibility of global demand for coffee tripling by 2050, this does not bode well for the future of the sector.

According to the Finnish Technical Research Centre (VTT), there is a pressing need for alternative ways of producing coffee. Dr Heiko Rischer and a VTT research team have found a potential solution in cellular agriculture.

How is Cell-Based Coffee Made?

In coffee the cellular agriculture concept is the same as its applications in cell-based meat and seafood.

“Instead of cultivating animal cells, it is the cultivation of plant cells in this case,” explained Dr Rischer.

In the same way that growth media is used for animal cells in lab-grow meat production, nutrient media is used to grow plant cell cultures. Once the coffee cell lines are established, they are transferred to bioreactors where they produce biomass. 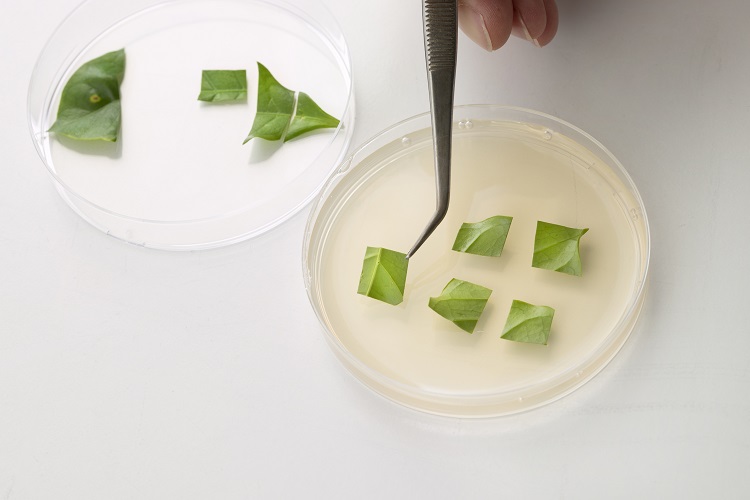 “However the nutrient media  for plant cell cultures are much less complex than those for animal cells,” continued Dr Rischer.

And in being less complex, the medium is also less expensive meaning scaling up is also easier. The undifferentiated coffee cells, or biomass are then analysed before being harvested and dried. The dried powder is then roasted and brewed to make filter coffee.

“In terms of smell and taste, our trained sensory panel found the profile of the brew to be similar to ordinary coffee,” said Dr Rischer.

“However, coffee making is an art and involves iterative optimisation under the supervision of specialists with dedicated equipment. Our work marks the basis fo such development.”

The VTT researchers are not the first to believe in the potential of cell-based coffee, the idea having first been published in scientific literature in 1974, however, according to Dr Rischer, his researchers have now proved that lab-grown coffee can be a reality.

For Dr Rischer, the true impact of this scientific work will happen through companies who are willing to re-think food ingredient production and start driving commercial applications.

From fermentation to foraging, Black Pineapple Co. will change how you think about your next drink and your next event. With over 25 years…