Boysenberries New Zealand has celebrated its inaugural cuisine awards which highlight the culinary use of the flavoursome fruit.

“It only seemed fitting that we have some boysenberry cuisine awards,” explained Raine, adding that the competition is set to become an annual event. 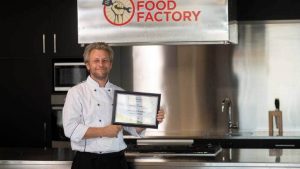 Announced at The Food Factory in Stoke, Jeff Scott Foster of the Rutherford Hotel in Nelson won the Restaurant award for a savoury dish and Grant Selwood from Little Engine Eatery in the Nelson Classic Car Museum building won the Café/Commercial award for a sweet slice. Each of the winners won $1000 and boysenberry bragging rights. 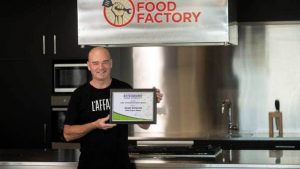 Boysenberries were introduced to New Zealand in 1937. By 1948, the fruit was well established in the Nelson-Tasman region where the fruit thrives due to the climate. Growers in the region produce a couple of thousand tonnes of fruit a year from three main zones: the Waimea Plains, Moutere hills and Mouteka.