At the end of September, the United Nations hosted its first-ever summit on biodiversity with the ambition of fostering an international political consensus for action ahead of the Convention on Biodiversity’s Conference of the Parties (COP15) which is due to take place in China in 2021.

Global food businesses are backing the call for international action to stem, and ultimately reverse nature loss. It’s hoped that world leaders at the COP15 will agree to an ambitious plan of action on biodiversity similar to the Paris Agreement on climate change.

When it comes to food production, concerns over the declining insect population are dire. One European study found that between 1990 and 2017 63 protected nature areas in Germany saw a seasonal decline of 76 percent in flying insect biomass.

Loss of insect populations could result in cascading effects on food webs and jeopardise ecosystem services.

More than 75 percent of the world’s crops producing fruits and seeds for consumption depend on animal pollination, of which a third is pollinated solely by bees, according to the latest report from the Intergovernmental Platform on Biodiversity and Ecosystem Services (IPBES).

IPBES noted that the potential financial cost of declining insect populations runs into the billions and the threat is deepening as biodiversity loss continues to gain momentum and international targets on biodiversity loss, set a decade ago, are missed. 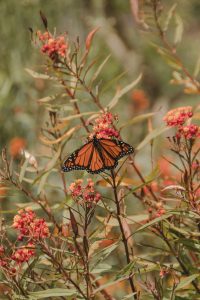 The outlook from the summit concluded that the current concerning trend is projected to continue until 2050 and beyond, due to the increasing impacts of land and sea use change, over-exploitation, climate change, pollution, and invasive alien species.

The UN conference also heard, however, that the potential upside to action could yield positive social and economic results, particularly as the worldwide economy looks to rebound in the wake of coronavirus.

The COVID-19 pandemic is challenging people to rethink their relationship with nature, according to the UN. Advocates hope that socio-economic recovery from COVID-19 can be made nature friendly by embracing the need to tackle climate change and biodiversity challenges.

Efforts like the Business for Nature and the One Planet Business for Biodiversity coalition have seen global FMCG corporations come together to call for increased efforts to realign the relationship between production and the natural world.

Business for Nature’s Call to Action is the first time so many businesses have stepped forward with the ambition of influencing discussions in the run-up to delivering a Post-2020 Global Biodiversity Framework.

While some governments and regions are clearly ready to adopt political and economic policies that support the rejuvenation of biodiversity, the real challenge to the COP15 lies in getting the interests of all parties aligned so that a course of action can gain consensus approval.

As the UN summit highlighted, we are some way from achieving global consensus on biodiversity. The Leaders Pledge for Nature saw 64 leaders from five continents, including the European Union, sign ap to a ten-point commitment that aims to restore the balance with nature.

The pledge read: “Despite ambitious global agreements and targets for the protection, sustainable use and restoration of biodiversity, and notwithstanding many local success stories, the global trends continue rapidly in the wrong direction. A transformative change is needed: we cannot simply carry on as before.”

After a two-year battle by local residents, Farrah’s, a flatbread manufacturer in Silverstream, Upper Hutt has been given until Thursday 14 April to finally…